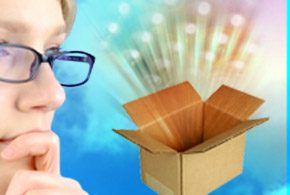 Google has released a new version of Spinnaker, an open-source software release management platform for deploying application code to the cloud.

In 2014 Netflix began working with Google and a couple of other companies to make Spinnaker a multi-cloud platform. A year later it released the technology to the open source community. Besides Netflix and Google, other companies using Spinnaker currently to speed up cloud application delivery and deployment include Target, Waze and Oracle.

Spinnaker 1.0, which Google announced this week, builds on the work that has been put into the technology thus far. It is a continuous delivery platform that is designed to make it easier for organizations to deliver applications and software code to Google’s cloud platform and to cloud services from other providers as well.

Spinnaker 1.0 embodies a lot of what Google has learned over the years from making thousands of code deployments a day, to thousands of services several of which have over 1 billion users, Google product manager Christopher Sanson said in the company’s cloud platform blog this week.

“Along the way we’ve learned some best practices about how to deploy software at velocity — things like automated releases, immutable infrastructure, gradual rollouts and fast rollbacks,” he said.

The platform enables the creation of custom software deployment pipelines that organizations can use to run system and integration tests, spin servers up or down, monitor rollouts and run custom scripts, Sanson said.  Spinnaker 1.0 supports many practices that are common in a continuous delivery environment such as the use of release canaries, red and black deployment, multiple staging environments and quick rollbacks of code and updates.

“With Spinnaker, you simply choose the deployment strategy you want to use for each environment…and it orchestrates the dozens of steps necessary under-the-hood.”

It eliminates the need for organizations to develop their own code deployment tool or to write complex scripts for rolling out updates to cloud applications in a continuous manner.

Spinnaker 1.0 supports role-based authorizations and permissions so it can be safely used across multiple product development projects and be managed by a central DevOps team.

In adding to the continuous release management platform, Google this week also announced the launch of Halyard, an open source CLI (command line interface) tool designed to make it easier for administrators to install, configure and upgrade Spinnaker itself.

With Spinnaker 1.0, all new releases of the technology will also be separately versioned so administrators no longer have to individually manage each of the microservices that make up Spinnaker, Sanson said.