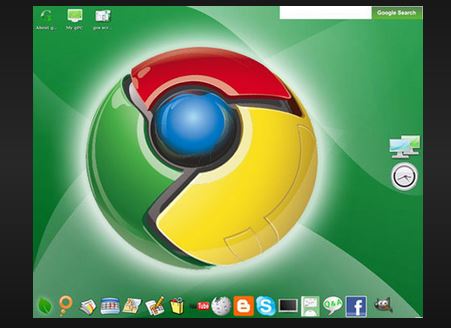 Google said this week that it is readying a version of its Chrome OS designed specifically for enterprise use.

The new Chrome Enterprise edition will offer organizations a slew of features that, according to Google, have been optimized to meet the security, support and management requirements of businesses.

The operating system will license for $50 per device annually and will come with single sign-on capabilities, Microsoft Active Directory integration, managed Google Play, managed operating system upgrades and 24×7 support. The new OS will also be integrated with on-premises and cloud management tools such as VMware’s Workspace ONE technology.

It was inspired by the multiple ways in which organizations have been using Chrome for business purposes—via Chromebooks, shared Chrome devices and customer engagement tools such as retail kiosks—since 2009, he said.

The exploding business use cases for Chrome OS and the fact that the OS currently runs on so many different devices has driven demand for a cost-effective, secure and more manageable enterprise version of the technology, he said.

Google did not disclose exactly when the new operating system version would become available for enterprise use.

The new features should help organizations in multiple ways, Karam said. For example, the integration with Microsoft Active Directory will make Chrome Enterprise compatible with existing on-premise identity management infrastructures at many organizations.

The integration will allow employees to use their existing credentials to authenticate across multiple devices and to services like Google Cloud and Google Play while giving IT administrators a way to centrally manage user and device policies.

Similarly, Chrome Enterprise will give IT administrators a way to centrally manage all corporate-owned or employee-owned Chrome devices through a single unified interface via VMware Workspace ONE.

The VMware product is the first third-party technology for managing Chrome products. It will enable a variety of new management capabilities including the ability for administrators to deploy device policies by employee groups, job role, geography, device type and department.

The Workspace ONE integration will also enable administrators to provision access to all enterprise applications, including Web, cloud, Android and virtual Windows, from a single application catalog, Karam said.

“Chrome device users can even access full Windows desktops and applications, helping to accelerate the adoption of Chrome devices in the enterprise,” he said.

Along with Chrome Enterprise, Google is also working on making its Play Store app available on Chromebooks from more vendors. The goal is to ensure that Chromebooks from vendors such as Lenovo, Asus, Samsung and HP give users a way to access all of the enterprise applications that are available to them, via the Play Store.

Since its release in 2009, the relatively lightweight Chrome OS has risen to become one of the most widely used mobile operating systems, especially in the educational segment.

In 2016, Chromebooks gained a 58 percent share of the mobile PC market compared to 50 percent the year before. At the same time, the share of Apple’s iOS fell from 19 percent to 14 percent while than of the Mac OS dropped from 6 percent to five percent, according to numbers from Futuresource Consulting.

Propelling Chromebook sales were a variety of factors, according to the consulting firm, including affordability, manageability and availability of productivity tools via G-Suite.