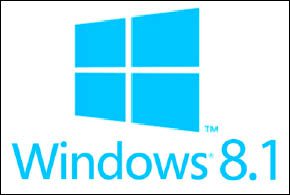 The update, free to current Windows 8 users, is now available for download in the Windows Store, announced Microsoft spokesman Brandon LeBlanc in an Oct. 17 Blogging Windows post. The first batch of devices that run Windows 8.1, along with DVDs containing the OS, will officially go on sale Friday, Oct. 18.

“Windows 8.1 demonstrates our commitment to continuously improving the product to create a richer customer experience. We are excited to have customers start updating their devices today and getting to experience new Windows devices this holiday season,” he wrote.

The OS update heralds not only the impending arrival of the company’s Surface 2 Pro slate, but also Windows-powered mini tablets from a variety of hardware partners. Windows 8.1 is also making waves among the “maker” set by including support for 3D printing, a move that Microsoft hopes will help mainstream the burgeoning technology.

While the company has focused on consumer-centric enhancements for the update, including more customization options and a revamped slate of built-in apps, it also catered to corporate IT departments in an effort to stoke demand from enterprises.

Erwin Visser, Microsoft’s general manager of Windows commercial marketing, noted in a separate blog post that the new release builds on his company’s “vision to offer businesses the most powerful and flexible modern operating system across devices, help customers enable their mobile users wherever they are working, and combine that flexibility with the manageability and security IT Pros demand.”

In a sign that some businesses are warming to the tablet-friendly OS, Visser cited examples of some notable early adopters.

These include aircraft maker Boeing, which is developing Windows 8.1-compatible “modern style apps” for interactive sales experiences, manufacturing, quality control and IT operations. Additionally, the Chicago-based aerospace and defense giant is evaluating the Windows 8.1 tablets and piloting a Windows To Go program. UnitedHealth Group, meanwhile, is planning to deploy 5,000 Windows 8.1 devices this year, informed Visser.

With less than half a year before Microsoft puts Windows XP out to pasture, the Windows 8.1 release comes at an opportune time, suggested Visser. “One other item that cannot be repeated enough: businesses still using Windows XP need to move to a more modern operating system—whether it is Windows 7 or Windows 8.1—before the end of support occurs on April 8, 2014,” he wrote.