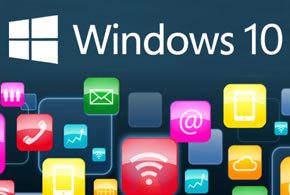 It’s no Photoshop, but many users have come to rely on Microsoft Paint over the decades when they needed to create a basic diagram or quickly resize an image. Soon, the Windows mainstay, along with several other features, will be a thing of the past.

Microsoft has published its list of removed and deprecated features for the upcoming Windows 10 Fall Creators Update. Removed features are those that the software giant will completely excised from the operating system. Deprecated, meanwhile, means that Microsoft has ceased development on a feature and it may disappear in subsequent releases.

In the deprecated column sits Microsoft Paint, one of the operating system’s most enduring built-in applications. The rudimentary image editing program dates back to 1985 when it was known as Paintbrush in Windows 1.0.

In terms of sheer functionality and popularity among creative professionals, Microsoft Paint doesn’t hold a candle to Adobe’s industry-leading Photoshop. Nonetheless, it has earned a devoted following. Paint may have gained a reputation over the years as a handy tool for creating quick, rough-around-the-edges doodles, but the internet is rife with artwork from users who have pushed the program to its limits, producing stunning, sometimes photo-realistic images.

When the Windows 10 Fall Creators Update arrives this fall, it will spell the end of the Outlook Express email client. Also being removed is the Reader app and Reading List functionality, both of which are integrated into the Microsoft Edge web browser.

The 3D Builder app, introduced in 2013 to signal Microsoft’s support of the burgeoning 3D printing ecosystem, is also getting the boot in the Windows 10 Fall Creators Update. It will no longer be bundled with the operating system, but Microsoft assures that the 3D Builder will remain available in the Windows Store app marketplace. Microsoft is recommending that users look into the Paint 3D and Print 3D apps for their 3D modeling and printing needs, respectively.

Administrators should be aware that legacy code relating to TCP Offload Engine is being removed after its functionality was shifted to the Stack TCP Engine. The Syskey.exe utility, used in the management of encrypted keys for the Security Accounts Management databases and included with several Windows versions, is being removed to enhance security. This time, Microsoft is recommending the use of BitLocker, the disk encryption technology in Windows 10 Pro, Enterprise and Education.