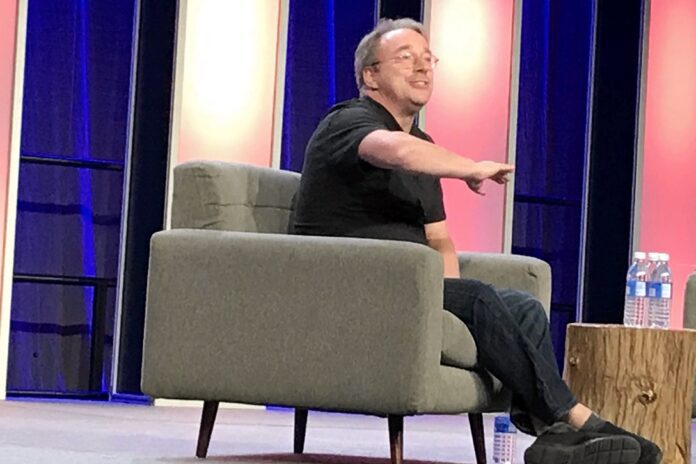 Linus Torvalds, the founder of the Linux operating system, made a surprise announcement on Sept. 16, revealing that he was stepping back from his role as the maintainer for the upcoming Linux 4.19 kernel release.

Torvalds’ decision to temporarily step away is not for technical reasons, but rather a personal one, as he will spend time dealing with behavior. Torvalds has always been known to be have strong opinions on issues and hasn’t always used the politest language or approaches to communicate his opinions.

“I am not an emotionally empathetic kind of person and that probably doesn’t come as a big surprise to anybody,” Torvalds wrote in a message to the Linux Kernel Mailing List. “The fact that I then misread people and don’t realize [for years] how badly I’ve judged a situation, and contributed to an unprofessional environment is not good.”

The way the Linux kernel release process works is that Torvalds issues what a release candidate for an in-development kernel every Sunday. The release candidate is built from software pulled from the Git version control management system, with each Linux kernel subsystem maintainer bringing in patches. Torvalds pulls in all the patches and then releases a build.

Over the last 25 years of Linux development, Torvalds has used more than his fair share of less than inclusive language. As to why the Linux founder decided to step back now to focus on improving his own empathy to others, he said it was triggered by a scheduling mix-up for an upcoming event.

The Linux Maintainers’ Summit had been scheduled to occur in Vancouver in November. Torvalds, however, made a mistake on his own calendar, booking a family vacation at the same time. In a bid to accommodate Torvalds, the Linux Maintainers’ Summit was moved to Oct. 22 in Edinburgh, alongside an existing Linux Foundation event that Torvalds was already going to attend.

“Yes, I was somewhat embarrassed about having screwed up my calendar, but honestly, I was mostly hopeful that I wouldn’t have to go to the kernel summit that I have gone to every year for just about the last two decades,” Torvalds said.

The sentiment that he no longer cared helped Torvalds to come to the realization that he needed to step back and learn how to improve his behavior.

“When asked at conferences, I occasionally talk about how the pain-points in kernel development have generally not been about the _technical_ issues, but about the inflection points where development flow and behavior changed,” he wrote.

At the Open Source Summit in Vancouver on Aug. 31 Torvalds said  his primary worry is about workflow. He also noted that Linux could continue on without him, which is what will happen for the remainder of the Linux 4.19 kernel development period.

“I need to take a break to get help on how to behave differently and fix some issues in my tooling and workflow,” Torvalds wrote.

In his stead, Greg Kroah-Hartman, who currently maintains the stable branch of the Linux kernel, will step up and manage the rest of the Linux 4.19 release cycle. Torvalds expects to return for future releases.

“This is not some kind of I’m burnt out, I need to just go away,” Torvalds said. “I very much *do* want to continue to do this project that I’ve been working on for almost three decades.”