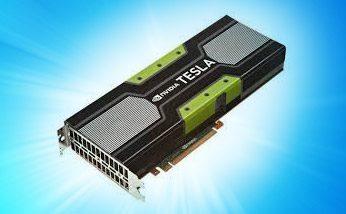 Supercomputing has led to a breakthrough in HIV research. Researchers at the University of Illinois and the University of Pittsburgh School of Medicine were able to use a Blue Waters supercomputer to run a simulation of the atoms that comprise the human immunodeficiency virus.

Announced May 29, the project involved the use of supercomputing to discover the chemical structure of HIV’s capsid, which is the protein shell that protects the genetic material of a virus and makes it virulent.

The capsid attaches itself to the cells of the human immune system and enables the transport of the infectious genetic material into a human host cell, Sumit Gupta, general manager of the Tesla Accelerated Computing business unit at Nvidia, told eWEEK in an email.

A partnership of the National Science Foundation, the University of Illinois and the Greta Lakes Consortium for Petascale Computation, Blue Waters incorporates a Cray XK7 supercomputer, which is powered by 3,000 Nvidia Tesla K20X GPU accelerators.

Blue Waters can deliver a peak performance of almost 12 quadrillion floating-point operations per second, according to NSF.

Researchers have been able to prevent the virus’ capsid from functioning in HIV-infected rhesus monkeys, leading to hope for a similar result in humans, Gupta said.

By gaining knowledge of how a capsid’s structure is built, scientists can develop more effective drugs to fight the HIV virus, which has killed about 25 million people worldwide, according to the World Health Organization.

This process will involve identifying drug candidates that can target the HIV capsid, Gupta said.

“If you want to chemically attack the capsid for medical reasons, then you need to know the full chemical detail of the capsid—and that was not available when the project started,” lead researcher Klaus Schulten said in a video from the University of Illinois, where he is a professor of physics.

GPU-accelerated supercomputing allowed scientists to simulate the full structure of 64 million atoms, rather than simulating HIV capsids in separate parts, according to Gupta.

“Previous simulations at best were able to simulate sections of the HIV virus separately, requiring researchers to stitch them back together,” he explained.

“It would have been very difficult to run a simulation of this size without the power of GPU-accelerated supercomputing in the Blue Waters system,” Schulten said in a statement. “We started using GPU accelerators more than five years ago, and GPUs have fundamentally accelerated the pace of our research.”

Scientists use the computer simulations to see how complex viruses like HIV act under various conditions. They could not perform these simulations in lab experiments, Gupta said.