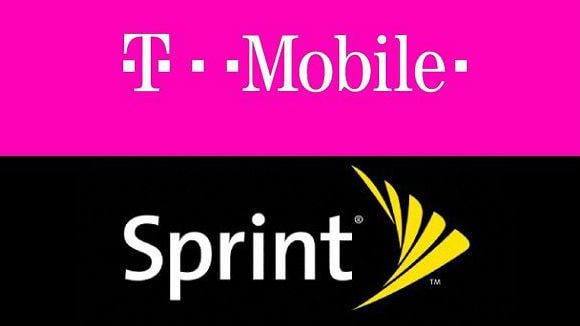 The T-Mobile-Sprint merger shot clock is set to start counting again at Day 55, following a brief comment period opened by the Federal Communications Commission. The comment period ends on Dec. 4, and the shot clock will begin counting then. The FCC typically pauses merger considerations when the applicants submit a substantial quantity of new information that the FCC staff needs to study.

In this case, T-Mobile and Sprint submitted new economic and engineering models on Sept. 5, 2018, at which point the shot clock was paused. The FCC uses an informal period for consideration of mergers, which it calls a shot clock. A merger as significant as the one between T-Mobile and Spring gets a 180-day shot clock. The commission plans to make a decision within that period of time.

Currently, the two major reviews that remain are the FCC’s and a review by the U.S. Department of Justice. Reuters reported that T-Mobile CFO J. Braxton Carter is saying that the deal could close as early as the first quarter 2019. However, Carter is also saying that the timing makes the second quarter more likely.

Carter, speaking at a Morgan Stanley conference in Barcelona, Spain, said that the only remaining steps are depositions with the DoJ, which have already started and which should be completed within a few weeks.

The resumption of the merger approval process comes at the same time as the first high-band spectrum auction. In a statement released Nov. 14, FCC Chairman Ajit Pai announced that the FCC will make 1.55 gigahertz of spectrum available on the 24GHz and 28GHz bands for 5G communications.

The T-Mobile-Sprint merger is closely intertwined with the 5G spectrum sale, because the ability to build out a nationwide 5G network is a primary rationale for the merger. Without the merger and additional spectrum, neither company would be able to build a nationwide 5G network. One primary basis for the merger is that both companies need to join to be big enough to play in the 5G universe.

5G development has been a major focus for the FCC, in part because of the advance of technology, but also because Pai sees 5G as the most reasonable means to build out his vision of universal access to broadband in the U.S. In addition, there’s considerable sentiment that the U.S. and Europe need to retain leadership in 5G if only to keep the Chinese at bay. Notably, 5G spectrum auctions are also beginning in the EU at the same time.

Meanwhile, each of the wireless carriers already has been conducting tests of 5G communications, manufacturers of the necessary components are already making parts, and the very first 5G devices are starting to appear on the market. If it seems like there’s a headlong rush into 5G, it’s because there is. 5G is simply exploding.

T-Mobile May Be in Good Position Regarding 5G Adoption

At this point, it appears as if the new T-Mobile will be in a good position to take advantage of the 5G explosion. So far, there hasn’t been any focused opposition that seems likely to sway the FCC; there also has been no clear objection from DoJ and no moves in Congress that would impede a merger.

This is different from the last two times wireless companies tried to acquire T-Mobile. When AT&T tried a takeover, alarm bells went off at the DoJ and the FCC, AT&T was caught buying support letters from unlikely groups, and the antitrust division announced that it was studying the merger. That killed it.

Later, when Sprint tried to take over T-Mobile, opposition was fierce, and the plan was dropped. None of that is happening now. While we don’t know the current thinking at the FCC or at DoJ, it would appear that the merger is getting a friendlier reception.

The difference seems to be that T-Mobile, powered by a few years of strong growth and aggressive competition, is able to make the case that it won’t raise rates, if only because it needs low rates to take on Verizon and AT&T. In addition, T-Mobile has shown a consistent level of innovation in the period of time since it was a merger target.

While the opening of another comment period might be seen as a setback to the merger, in reality it’s not. The new material submitted by T-Mobile in support of the merger demands a period to study of that material, and because it changes the facts that are being considered, it demands an opportunity for comments. But it’s also important to note that the comment period is very brief and that the FCC plans to resume the shot clock as soon as it ends.

These are all positive signs. And while it isn’t correct to say that approval of the merger is a done deal, it does appear to be on track for approval. As Carter suggested, it could happen before the end of the first quarter of 2019.

But let’s face it, this is Washington, where nothing goes smoothly. So instead, I’ll pick April 2019 as the time when approval will be granted. The deal should close shortly after that.