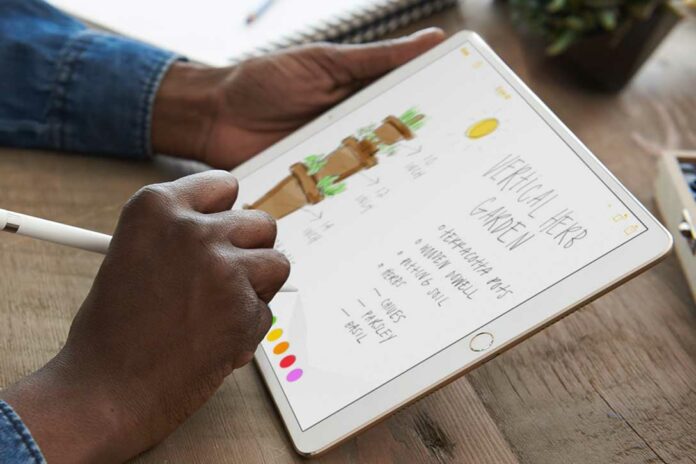 It shouldn’t come as a surprise that Apple plans to transfer some product features from the new iPhone X to the next iPad when it comes out next year.

It’s a regular Apple practice to upgrade its professional tablet with major new features to entice buyers. In this case, the new features will be Face ID 3D facial scanning feature, which will also allow Apple to make room for a larger display in the same chassis that currently holds the latest iPad Pro’s 10.5-inch screen.

As is normally the case, the new iPad Pro will come with a faster processor and with a graphics processor built by Apple. According to the report, which appeared in Bloomberg, Apple is also working on a new version of the Pencil, which has remained unchanged since its introduction with the original iPad Pro two years ago. This new iPad Pro is expected to be introduced in late summer of 2018, which could mean it would be introduced at the same time as the next iPhone introduction.

What’s unusual about adding Face ID to the iPad is that the wait is only a year. Previously it took several years for features to show up on the tablet following their introduction on the iPhone.

The introduction of Face ID to the iPad would allow Apple to effectively increase the screen size on the iPad to something like 11.8 inches. You’ll note that this isn’t a huge difference from the current iPad Pro which has a 10.5-inch screen. But if you look at that tablet you’ll see that the bezel at the sides has already been reduced to ¼ inch, and on the top and bottom to 5/16 of an inch.

Also, Apple may decide to retain a ¼-inch border at the top as a way to avoid the unsightly notch that appears at the top of the iPhone X screen. This area contains the Face ID infrared flood and the dot projector, as well as the FaceTime camera and other sensors.

These plans, if they come to pass, show a renewed interest in the iPad on Apple’s part. Sales of the original iPad had slowed in recent years, but the iPad Pro, especially the 10.5 inch version have spurred sales encouraged Apple to market this iPad model more as a business product.

Focusing the iPad Pro on business and professional users, where it has seen significant success, lets Apple focus its sales and marketing on customers who have the resources to spend more than $1,000 on a tablet.

The planned introduction of a new version of the Apple Pencil and new software to support it is another important introduction for business and professional users.

This is an area where Microsoft has been competing very strongly in what had been a core area for Apple. The stylus for Windows 10 tablets, along with a wealth of drawing software and strong operating system support have opened up a broad market for the Surface tablet among creative users.

Because the Surface tablet has a well-designed stylus and because other vendors are marketing similar products, using Windows 10 for drawing and other graphics applications has become more widely accepted. Apple, meanwhile, left the iPad Pro and its Pencil to languish for a year and a half before a replacement came along, and even then the Pencil remained essentially unchanged.

Now that Apple has seen the iPad gain favor in the eyes of business users, the company has started spending time and money on tablet development. But that doesn’t mean the next iPad will simply be a bigger iPhone with the same features.

I’m not sure that it makes a lot of sense to toss a fragile tablet onto the floor of an aircraft’s cockpit or into the back of a survey crew’s pickup truck, but those are important use cases for iPads. It’s important that the new iPad Pros or any table be able to survive a sometimes rough and tumble work environment.

I do think you’ll see other improvements that are needed in a workplace tablet. Perhaps we’ll even see a water-resistant iPad. Now that’s an improvement that’s really needed.