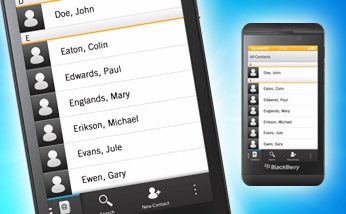 The BlackBerry Z10 and its soon-to-emerge sibling, the Q10, need to be a home run for parent company BlackBerry. While a failure of the new BlackBerry 10 phones won’t necessarily bring down the company, it would certainly be much diminished. So is it a home run? Not yet, but the ball is still in flight, and may yet clear the outfield fence.

To find out how close to being a home run the BlackBerry 10 might be, I quit using my old phone, got a micro-SIM for my mobile service and started using the Z10 exclusively. What I found is that the Z10 has a lot to like. But there are things that BlackBerry needs to get right quickly if this device is to meet the sales numbers that the company needs.

First, the device itself really is a home run. This is a solid, well-engineered phone that does everything you wish your mobile phone could do. The screen beats the much-vaunted iPhone 5 with a higher pixel density of 356 PPI and a 1280×768 screen. While you probably couldn’t tell the difference even with the two phones side-by-side, the Z10 does an exceptional job of displaying images and videos.

In addition, text is crisp and easy to read, even on the much-reduced font sizes you’ll encounter on tiny Web pages you’ll find when browsing. While you can enlarge any image by spreading your fingers apart on the BlackBerry Z10 just as you can on any other smartphone, you frequently don’t need to.

The Z10 includes a standard micro-USB port and a micro HDMI (High Definition Multimedia Interface) port on the side of the phone. You use the USB port for charging the phone, and for syncing it with your computer. You can also use it to tether a computer to provide Internet access. The Z10 can also be a WiFi hotspot.

But it can also be a hold button for a phone call, and it can be the speech control button when you want to control the Z10 verbally. Note that speech control is not a BlackBerry version of Siri, which is probably just as well.

The BlackBerry comes with a built-in music player and the ability to play music stored on a micro-SD card. The micro-SD cards are hot-swappable. So if you get bored after listening to 32 gigs of music, you can change to a card with more. Hot-swapping the micro-SD card requires that you remove the back panel of the Z10, and that’s something that is becoming rare in the world of smartphones.

Removing the back panel is a simple matter of pulling it open starting with the speaker port at the bottom of the device. The back snaps off to reveal the micro-SD card as well as the 1,800mAH battery. The battery is easy to remove. In fact, the company will sell you a spare battery and charger so you can always have a fresh battery available.

BlackBerry says that the phone has up to 10 hours of talk time and 13 days of standby time. I never saw times like that, but with normal use the phone lasted more than 24 hours before needing a recharge. Keep in mind that for me, normal use includes performance testing, which could shorten battery life.

BlackBerry Swings for the Fence With Well-Designed Z10 Smartphone

While I was actively testing the device, I was unable to find an area near my office in Northern Virginia where T-Mobile’s LTE network was available.

But after completing this review, T-Mobile turned on LTE in the Washington, D.C., area March 28. I ventured out to find a number of locations in the Washington suburbs with LTE service. I ran a few quick tests with the BlackBerry Z10 and Speedtest.net.

The results were impressive. T-Mobile LTE on the BlackBerry Z10 produced download speeds averaging 27M bps and nearly 13M bps for uploads. Keep in mind that this test is on a lightly loaded network since few T-Mobile customers have LTE devices yet. Tests on the AT&T LTE network revealed download speeds averaging slightly below 20M bps on a network that is more heavily used.

Of course, there’s more to the BlackBerry 10 than the hardware. There’s also the BB10 OS, which is a version of QNX, a Unix-like real-time OS that’s been optimized for reliability for years since it’s used in a variety of embedded and industrial applications. The chances are pretty good that your car’s computers run QNX, for example. What QNX means to you is true multitasking.

By now you’re probably used to the idea that you can really only do one thing at a time on your smartphone. While you can play music on your iOS device while you do something else, how many programs can you run at the same time? The answer is one, with perhaps some background process running as well.

With the BlackBerry 10 you can open eight apps at once and keep them running at the same time. You can see them run in a minimized window and you can open them and move between them. You can have two apps open side-by-side, or you can have more than that. Although by the time you get eight apps open, they get hard to see.

Other apps that you’d expect are available. There are apps for Twitter, Facebook and LinkedIn, for example. Evernote is actually built-in with BB10 as part of the Remember app, so all you have to do is sign in. But the wealth of apps that make the iPhone and Android devices so important isn’t there yet. BlackBerry comes out with dozens of new apps daily, so this will eventually change. But for now, it’s a concern.

What’s not a concern is security. BlackBerry’s servers still encrypt everything, BlackBerry Enterprise Server is still secure enough to drive repressive governments nuts, and with the SecuSmart card, the Z10 is secure enough to handle classified information.

In testing, the BlackBerry 10 software showed its industrial roots by never having a glitch, much less a crash during the entire test, which is remarkable for a new smartphone. The on-screen keyboard shows the company’s experience in keyboard design. The phone’s text prediction feature works well and is intuitive. The predicted text appears right above the next key you would type, so you can just flick it up instead of typing the letter.

So is the BlackBerry Z10 the home run it needs to be? It may be. An awful lot depends on the number and quality of the apps, and a lot depends on whether people decide to go back to BlackBerry after having gone on to something else. This is a seriously good phone, but we will have to wait a little longer to see if it clears the outfield fence.

Editor’s Note: This review was updated with the results of performance tests run on T-Mobile’s newly activated LTE network in the greater Washington, D.C., area.