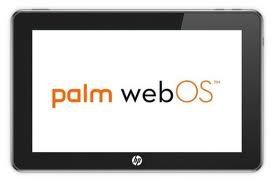 After sitting on the once-highly valuable intellectual property for nearly two years, Hewlett-Packard has finally divested itself of webOS, the orphaned mobile operating system that it is basically giving away to South Korea’s LG Electronics.

In a joint announcement Feb. 25 with LG, which has been highly profitable in making Android smartphones for the last few years, HP revealed the handoff of the last vestige of the ill-fated, $1.2 billion Palm acquisition that the IT giant made in April 2010.

Terms of the IP transfer were not disclosed. In a telling bit of legalese, HP and LG said they both do not expect the transaction to have a material impact on either company’s financial statements.

(Go here to read Michelle Maisto’s story about how LG intends to use webOS in new smart TVs.)

At one time a decade ago, Palm OS — later called webOS — held great promise as a mobile operating system that, had circumstances been different, could have been worth billions of dollars in revenue. But Palm the company struggled against competitors such as Nokia, Motorola and Qualcomm early in the decade, and when Apple launched its iPhone in 2007 and Google its Androids two years later, Palm was left in the dust.

Never Had a Chance Against iOS, Android

HP had announced back in August 2011 that it was shutting down continuing development of the mobile operating system less than a year after then-CEO Leo Apotheker had made a major strategic announcement about how webOS was eventually going to be on every HP device — laptop, desktop, server, cellphone, tablet — in the future. Apotheker went as far as to say that he wanted HP to be a “cool” company like Apple, and that the connectivity of these devices with webOS would help fill that bill.

webOS Was Going to Be Everywhere at HP

In fact, Apotheker told the audience in vague terms at the February 2011 launch of the HP TouchPad and two short-lived Palm phones — the Veer and the Pre3 — that HP would be using webOS “right alongside” Windows in its laptops, desktops and tablet devices. But he never explained exactly that would happen.

These devices did have some impressive features — they could sync up together simply by touching each other, for example — but they weren’t around long enough (mere months) for users to get to check them out. Later, HP had a fire sale in which it sold off all its remaining TouchPads for $99.

Apotheker often talked about his plans to eventually license webOS to other manufacturers, suggesting at one point that such a move would help create a new “massive platform.” In March 2011, the company announced it would install webOS on all desktop and notebook computers in 2012. A few months later, an HP executive told the Wall Street Journal that webOS could find its way into household devices and automobiles. No such luck.

One of the first red flags that webOS was in trouble was in spring 2011, when Best Buy ordered 270,000 HP TouchPad tablets and only sold about 25,000 of them. That was the beginning of the end for HP’s involvement, it turned out. HP make some quick decisions; by August 2011, Palm division executive Jon Rubinstein was out, the phones were pulled from sales channels, and webOS development itself was shut down two months later.

Well, HP isn’t Apple and Google. The venerable all-purpose IT products and services company was out of its league and out of sync with the markets. Apotheker was fired and replaced by current CEO Meg Whitman in September 2011.

And now, after 18 months on the shelf, webOS now has a new owner. We’ll all see where it goes from here.