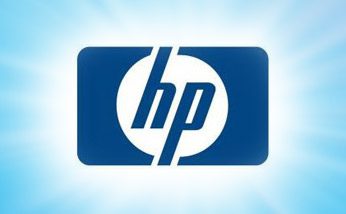 Hewlett-Packard, which has a spotty record in mobile devices over the past couple of years, reportedly is looking to adopt Google’s popular Android mobile operating system for tablets and possibly smartphones.

Citing unnamed sources “familiar with the matter,” tech blog ReadWrite wrote Feb. 13 that HP has been working on a high-end tablet since before Thanksgiving, and that the tablet—which would be powered by Nvidia’s new Tegra 4 processor—could be announced “soon.”

HP spokespeople have declined to comment on the report.

In addition, the sources said that HP officials also are looking into a smartphone running Android, though it’s unclear how definite that is. HP CEO Meg Whitman told reporters in September 2012 that smartphones were in the embattled company’s future, particularly given the rapid adoption by consumers and business users alike.

However, a month later, Whitman reportedly told analysts at the Gartner Symposium IT Expo that HP will not be offering a mobile phone in 2013.

HP’s efforts in the mobile device space have been full of fits and starts. Several years ago, the tech giant offered devices running Microsoft’s Windows Mobile operating system. After buying mobile device maker Palm for $1.2 billion in 2010, HP’s focus turned to that company’s webOS platform, with plans to offer a broad range of systems—from smartphones to tablets to PCs—running that operating system. The company in 2011 launched the webOS-based TouchPad, but took it off the market six weeks later due to poor sales in the United States. HP also ditched the idea of webOS-based smartphones.

Since then, HP has returned with a couple of devices—the ElitePad 900 G1 tablet and the Envy x2 hybrid laptop and tablet—that run Windows 8.

Now the company reportedly is taking a look at Android, which could be a boon not only for HP but also for Google, which could not only use another top-tier vendor selling devices with its operating system inside, but also could leverage HP’s position as the world’s top PC vendor to move Android into that market.

It has been the rapidly growing popularity of tablets and smartphones that has hindered HP and other companies with deep ties in the PC market, including Advanced Micro Devices, Intel and Dell. Over the past year, worldwide PC sales have contracted, forcing such vendors to look for ways to reduce their dependency on their PC businesses.

HP also has been hampered by other issues, including a high turnover of CEOs over the past couple of years and acquisitions that have ended up costing the company billions of dollars, including Palm, EDS and Autonomy.

Whitman has said it will take several years to turnaround HP, which has seen its stock price fall by more than 50 percent over the past couple of years. That turnaround plan also has included slashing 29,000 jobs.

Gaining a foothold in the booming mobile device space could help HP, and offering systems on multiple platforms could give it a deeper reach into the market. However, adopting Android also could bring it into tighter competition with such companies as Samsung, which has seen significant success with its Galaxy line of devices.

Nvidia introduced its Tegra 4 system-on-a-chip (SoC) in January at the 2013 Consumer Electronics Show. The quad-core chip, based on ARM’s Cortex A-15 design, includes 72 Nvidia GeForce graphics cores. Nvidia is putting the SoC into its Project Shield gaming device, and Toshiba and Vizio reportedly also are readying Tegra 4-power tablets.