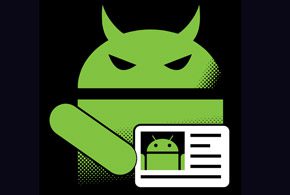 Google, like rival Apple, has put considerable effort into ensuring that its official mobile application store is malware free, but that hasn’t totally stopped malware-laden apps from being uploaded to its store anyway.

The latest case in point is the discovery of 132 Android apps in Google Play, with a bug in them. Security firm Palo Alto Networks recently discovered the apps and reported them to Google, which has since removed them.

The apps belong to seven unrelated developers and include one that has been downloaded more than 10,000 times. Many of the apps are for design ideas for everything from cheesecakes to coffee tables.

The one common denominator among them is that all seven of the developers have an Indonesian connection, Palo Alto Network researchers Xiao Zhang, Wenjun Hu and Shawn Jin said in an alert this week.

According to the researchers, all 132 apps have tiny hidden iFrames linking static HTML pages inside the apps to malicious domains. An iFrame is an HTML element that developers use to insert content from other sources into a web page.

All of the infected apps employed an Android WebView component for displaying locally stored images and text via static HTML pages. In this case, the iFrames linked the HTML pages to several well-known malicious domains.

None of the malicious domains to which the apps connected were active when Palo Alto Networks last reviewed them. And interestingly enough, the malware on the apps was designed for Windows systems and posed no threat to Android users.

In this case, the developers of the infected apps themselves appear to have been oblivious to the presence of the malware in their code. It is likely that attackers targeted their own development platforms and inserted the malicious code in them, which later found its way into the apps.

Palo Alto Networks’ discovery of the infected apps is by no means the first time that security researchers have found malware on Google’s Play Store. Just last month, researchers from Check Point Software Technologies announced they had found a variant of a prolific malware sample dubbed HummingBad installed on about 20 applications on Google Play including some that had been downloaded millions of times by Android users. Last year, security vendor PhishMe reported that it had found 11 malicious applications masquerading as legitimate payment applications on Google Play.

The growing presence of malware-laden applications in official app stores like Google Play and Apple Store pose a big threat for users. Security researchers have long advised mobile app users not to download apps from unofficial third-party stores because of potential security risks. But the presence of malicious apps in official stores is making it riskier for users to download apps from these sources as well.

Google has put in place multiple automated and manual checks to prevent cyber-attackers actors from uploading malware to Play. The company also has a Google Play App Security Improvement (ASI) program, through which it offers tips and guidance to developers on how to ensure their applications remains free of security issues.