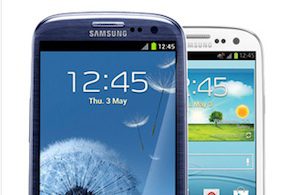 Worldwide smartphone shipments passed a new milestone during the third quarter of 2012, with shipments surpassing 1 billion units on the way to total of 1.038 billion.

“It has taken 16 years for the smartphone industry to reach this historic milestone,” Neil Mawston, executive director of Strategy Analytics’ Global Wireless Practice, said in an Oct. 17 blog post.

During the same quarter a year ago, by the firm’s figures, the global shipments had grown 44 percent annually to reach a record 117 million.

Mawston noted the world’s “first modern smartphone,” the Nokia Communicator, was introduced in 1996, helping Nokia to remain a dominant force in the smartphone market until the iPhone’s 2007 arrival.

“The iPhone revolutionized smartphone design and it catalyzed industry growth. By the third quarter of 2011, we estimate there were 708 million smartphones in use worldwide,” wrote Mawston.

Strategy Analytics estimates that one in seven people in the world now owns a smartphone and views the 1 billion mark—happily, for phone manufacturers—as a glass only half full.

“Most of the world does not yet own a smartphone and there remains huge scope for future growth, particularly in emerging markets such as China, India and Africa,” Mawston wrote. “The first billion smartphones in use worldwide took 16 years to reach, but we forecast the next billion to be achieved in less than three years, by 2015.”

Of those 1 billion-plus phones, Android and Apple iOS were running on the “significant majority,” Strategy Analytics analyst Scott Bicheno wrote in an Oct. 9 report forecasting sales into 2017.

In five years’ time, Apple and Android are expected to still dominate, though the firm expects Microsoft to increase its market share as its platform matures and “some fatigue sets in with the incumbent platform leaders.”

“We also forecast nascent platforms such as Tizen and Firefox OS to grow in popularity, as the benefits of HTML5-based ‘cloud phones’ become more apparent,” wrote Bicheno.”

Analysts have not yet released the breakdown by vendor for the quarter, which is expected to differ markedly from the second quarter, as Samsung sales were strong and Apple fans held out for the iPhone 5, which went on sale Sept. 14. In three days, Apple sold more than 5 million units, breaking a sales record set by the iPhone 4S.

“The fact that China will overtake the United States in smartphone shipments does not mean that the U.S. smartphone market is grinding to a halt,” Ramon Llamas, and IDC senior research analyst, said in an Aug. 30 statement. “Now that smartphones represent the majority of mobile phone shipments, growth is expected to continue, but at a slower pace. There is still a market for first-time users as well as thriving upgrade opportunities.”