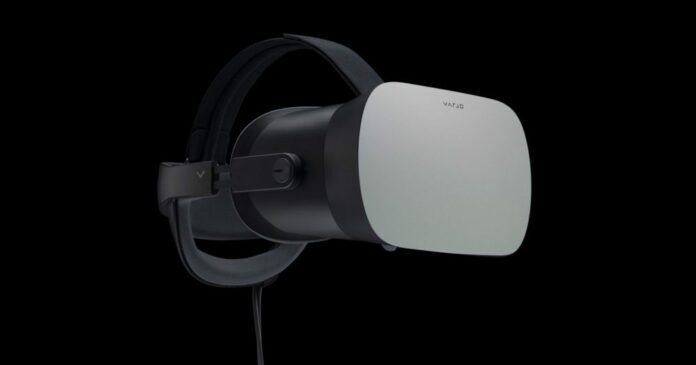 The IT industry has knocked the virtual reality movement backward five to 10 years from realizing true VR.  When a new technology comes to market, the best way to launch it is to start with an enterprise application and then cost-reduce it for the consumer market.

But we went backward by first targeting consumers with mostly unacceptably bad offerings, and then, much later, trying to scale them up to commercial offerings.  As a result, right now we have a lot of low-priced VR crap in the market with lackluster sales and largely disappointed users that has significantly, if not catastrophically, reduced VR sales potential and put an equally massive drag on content development.

Finally, earlier this week, a true commercial-grade VR headset launched called the Varjo VR-1 which, at nearly $6,000 plus $1,000 per year for services isn’t a cheap date, but it establishes what is likely the baseline for quality for the segment.  Having this baseline is a foundational element for our VR future and critical to creating a sustainable VR market.  Let me explain.

There is a lot of activity still surrounding VR in both commercial and consumer spaces.  On the commercial side, it is used for simulations specifically tied to training and can significantly reduce the time, risk and cost associated with training people in equipment ranging from manufacturing machines to aircraft. On the consumer side, Sony is arguably the most aggressive with its PlayStation solution for gaming. However, we now have a lot of hardware, much of which has also gone into commercial trials, that is low quality, both from a build perspective and an image perspective, and surrounded by less than memorable gaming content.

Hardware is all over the map, with high-end systems in the $1,000+ price range requiring lots of setup time and low-end, cell phone-based, hardware well under $300 that is mostly junk. Some of the high-end designs have been simplified over time, but the lack of consistent quality or even consistent hardware platforms is making it incredibly hard to get good content developed for the platform.

Disney was so disappointed with what was out there that they specified their own high-end wearable VR headsets and launched them with their VOID arcade offering which, using custom weapons, is a decent attempt to create a viable VR experience.  It isn’t big enough or broad enough to overcome the growing negative perceptions of VR in general, however.

As a result, the VR market appears on the verge of stalling, because a lack of content coupled with poor quality hardware is resulting in failures across both eco-systems.

What makes the Varjo VR-1 different is that it has a display at full resolution at least in the center view. It is like having a clear window in front of you with slightly blurry peripheral views. This means what you see in front of you is very much like looking through glasses. This makes the experience more real, allows you to do things with the glasses (such as read small text and see tiny details) that is hard, if not impossible, on most other headsets. The headset also does eye tracking so that it can be coupled with an application to more rapidly select items and display information about them.

For instance, the demonstration the company gave me was of an air traffic controller who could see virtual images of the planes he or she was managing along with call signs and other critical pieces of information. Particularly for controlling traffic in the airport itself, this could be incredibly handy.  While the display isn’t wireless, it could be used with one of the backpack computers and workstations Hewlett-Packard Enterprise sells to become more mobile.

The VR-1 arguably sets a baseline for where performance should be and sets the bar so that future headsets can be cost/price reduced.

It is critical in any technology market that you have a clear baseline for minimum performance before the first product is shipped. We generally don’t get that, which is why so many efforts like 3D, quadrophonic sound, Google Glass, Zune, electric cars, and VR have either failed or failed to grow as expected. The Varjo VR-1 headset is the first headset I’ve used that appears to provide the needed resolution to make VR into what it could be. Yes, it is expensive, both in initial cost and in annual fees, but it showcases what a VR headset could and should be and sets a foundation that, once at critical mass, developers could build for.

VR is just one of the development vectors that will redefine how we use computers this century and other including artificial intelligence, Quantum computing, and wireless power. Together these and other advancements will redefine our future, but only when, and sadly if, they come to market successfully.

VR wasn’t advancing well, but if the VR-1 is an indicator of what is to come, at least VR may be getting back to the right track.  We’ll see.

Rob Enderle is founder of The Enderle Group and a regular contributor to eWEEK.