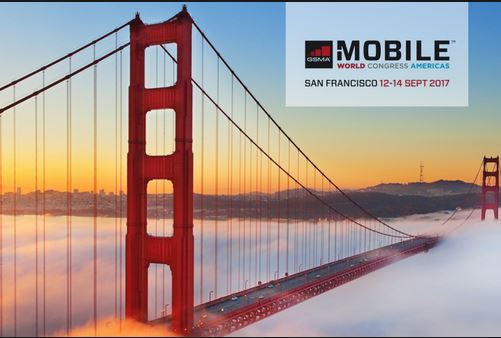 SAN FRANCISCO—It’s not like the mobile IT business sector needs a lot of public awareness. We already know we depend on mobile devices. You can go anywhere and see people crouched over their phones—in their cars, on park benches, in restaurants, in lines at the market–even in church pews.

Look at the sheer numbers of devices being shipped. Apple said Sept. 13 it expects its new iPhones, 8 and X, to sell 85 million units next quarter. Android phones will sell more than that worldwide.

In fact, there are those (a growing number, to be sure) who contend that mobile devices eventually will be the undoing of humanity as we know it, because we often pay more attention to devices than we do to fellow human beings. There have been documented cases of smartphone addiction stress; the American Psychological Association has already cited it.

Some data points to think about:

Time Magazine’s survey from a while back paints an unmistakable portrait of a world collectively staring at a tiny display screen for hours and hours of every day. Among the evidence of our impending cybernetic future from the piece:

As an op-ed argument, the GSMA—parent of the Mobile World Congress—thinks that a new kind of awareness involving the industry’s mobile service providers needs to happen, and it’s willing to put some serious investment into it. In its own way, this is designed to counteract some of the issues noted above.

On Sept. 12, the international mobile IT consortium launched a new global campaign to draw attention to the “significant impact that mobile technology is having on the lives of more than 5 billion people around the world.” This so-called Case For Change campaign will travel the world in order to spotlight the work of the mobile industry to help achieve the U.N.’s Sustainable Development Goals (SDGs).

In doing so, the GSMA contends, it will connect everyone and everything to a better future.

“Operators and ecosystem players around the world are doing some amazing work to create this better future, and we need to tell those stories,” said GSMA executive Michael O’Hara. “Case For Change demonstrates the direct, positive impact that mobile operators have on the lives of billions of men, women and children around the world, on their communities, on economies, and on society as a whole.”

Case for Change Team Will Travel the World

Starting this week in the United States, the Case For Change will offer an in-depth view of how mobile is truly changing people’s lives. For example, in Boston, Erich–a low-vision marathon runner–uses connected glasses to enable him to realize his dream of competing in the Boston Marathon. In Providence, R.I., Case For Change will share how mobile technology is helping underprivileged students overcome the so-called “homework gap” to engage with learning and create brighter futures.

As it travels around the world, Case For Change also will show how mobile is delivering timely health care in Africa, providing an essential lifeline for refugees in the Middle East, and giving women financial independence in India, among many other stories. After six months on the road, the Case For Change will end its journey in February 2018 at Mobile World Congress in Barcelona.

One can bet we’ll see this documentary on television at a date to be determined.

“Beyond showcasing the tremendous power of mobile, the Case For Change serves as an opportunity to bring a wide range of stakeholders together in addressing the U.N.’s sustainable goals,” O’Hara said. “This is not something that we can accomplish alone as individuals, as companies, even as an industry; we must work together, united, to make the 2030 agenda a reality.”

This is all well and good. But not once in the Case for Change literature does it say anything about how to get people talking in person, other than on a device. That also should be one of the U.N.’s “sustainable” goals.

How else will we sustain our society if we continue to look down at devices and not into the eyes of our fellow man?