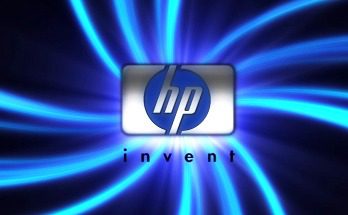 Hewlett-Packard fared better than it had feared it would in its first-quarter earnings results, so Feb. 21 was a good day for the Palo Alto, Calif.-based IT giant.

With more than $1 billion in net earnings each quarter, HP is still a very profitable IT company, just not as supremely profitable as it has been in years past. Nonetheless, things may finally be looking up for the world’s largest all-purpose IT provider.

For the quarter ended Jan. 31, HP’s revenue of $28.4 billion was down 6 percent year-over-year and down a bit less (4 percent) when adjusted for the effects of currency. On that revenue, HP banked $1.2 billion in profit, down 16 percent year-over-year. The company posted earnings per share of 82 cents, down 11 percent from the first quarter of 2012.

However, those numbers exceeded Wall Street expectations in a flat-to-shrinking personal computing market, so its stock jumped 6 percent in after-hours trading. HP common stock was selling for $18.09 a share at 2:30 Pacific Time, up from the day’s close at $17.10.

Last quarter, HP offered guidance that projected 68 cents to 71 cents in earnings per share, so the 82 cent figure was good news. The not-so-good news included the fact that the company’s revenue fell in each of its major segments: printers, personal systems, servers and enterprise services.

The one standout hardware subsection was HP’s new-generation converged storage systems, led by the 3PAR product line, which was up 18 percent in the first quarter. HP’s traditional storage systems—which include digital tape machines and EVA disk systems—slipped 6 percent.

Plenty of Work to Do

CEO and President Meg Whitman has reiterated that “HP has work to do” for the entire year-and-a-half she’s had the chief executive position, and she dusted off that phrase once again. No other phrase describes HP better, however.

Serious problems still hound the company, whose revenue fell in all of its main businesses in the first quarter, but the show of progress indicates that the company’s turnaround efforts are gaining traction. Whitman has said many times that it will be several years before HP is back on a growth trend.

“Turnarounds happen when old and new customers believe,” Whitman said during HP’s conference call on the earnings. “The patient shows some improvement. We beat our non-GAAP diluted EPS outlook for the quarter by 11 cents per share, driven by improved execution, improvement in our channel and go-to-market efforts and the impact of the restructuring program we announced in May 2012.”

“While there’s still a lot of work to do to generate the kind of growth we want to see, our turnaround is starting to gain traction as a result of the actions we took in 2012 to lay the foundation for HP’s future.”

No Breakup in Sight

Despite talk in the financial markets that HP should consider breaking into smaller pieces, HP has “absolutely no plans to break up the company,” Whitman said, in answer to a question during the conference call. “I feel quite strongly that we’re better and stronger together.”

“Over the last 10 years, HP has put together the most valuable franchise in IT, particularly as we look forward to the most significant change in how IT bought, paid for and consumed, and how applications have to be made more agile,” she continued. “We have a terrific set of assets, and we’re going to drive that to really great business performance. Most importantly, customers want this company to be together.”