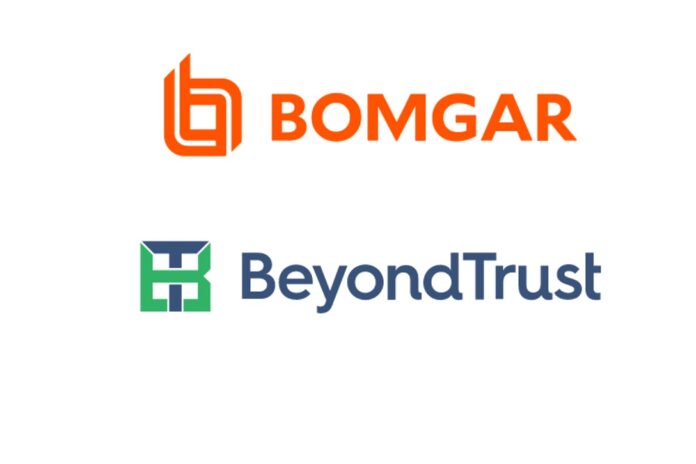 Bomgar announced on Sept. 13 that it is acquiring privately held BeyondTrust in a deal that is expected to close in October. After the acquisition closes, Bomgar will be renamed BeyondTrust.

Financial terms of the deal are not being publicly disclosed, though according to Bomgar the combined company post-acquisition will have more than 800 employees, with over 19,000 customers and approximately $300 million in combined bookings. Bomgar is known for its remote access management technology and in recent years has increasingly invested in privileged access management (PAM) technologies as well, which is an area where BeyondTrust is a market leader.

“We’ve obviously been very focused since I joined Bomgar four years ago to continue to grow the business profitably and also become more invested in the privileged access management market,” Matt Dircks, CEO of Bomgar, told eWEEK. “So we saw a rare opportunity to join forces with a recognized brand and market leader, and combined with some of the good stuff we have both organically driven, as well as some of the acquisitions we’ve made, create a really good company at scale that can provide customers with a best-in-class solution.”

Founded in 2003, Bomgar was acquired by Francisco Partners on April 3 from private equity group Thoma Bravo. BeyondTrust is the third company Bomgar has acquired in 2018, having acquired Lieberman Software on Feb. 1 and Avectro on July 10. Both acquisitions also bolstered the Bomgar identity and privileged access management portfolio.

The BeyondTrust portfolio includes the company’s PowerBroker PAM product which will further extend Bomgar’s PAM capabilities, as well as the Retina Vulnerability Management offering, which represents a new capability for Bomgar. Dircks noted that the BeyondTrust Retina technology has its roots in eEye Digital Security, a firm that BeyondTrust acquired in 2012.

“What [Retina] does is it provides us with the ability to do some advanced analytics from an endpoint, behavioral analysis and anomaly detection perspective,” he said.

With Retina, if there is anomalous behavior shown on a laptop, that information can be used to help inform policy for the PAM platform, Dircks said. He added that the BeyondTrust Retina technology will also be able to help advance the overall user analytics and behavioral anomaly detection capabilities that his company is building out.

“It’s really nice to know that you’ve been compromised before you let somebody have privileged access to a system,” he said.

Once the acquisition of BeyondTrust closes later this year, Bomgar will be renamed as BeyondTrust.

“You know, Bomgar has still got a great reputation, but even despite our entrees into security in the last few years, we’re still largely known as the leader in enterprise remote access and remote support,” Dircks said. “There will be brand names and product families that are reflective of the heritage that might be focused on remote support, but the company name will be known as BeyondTrust.”