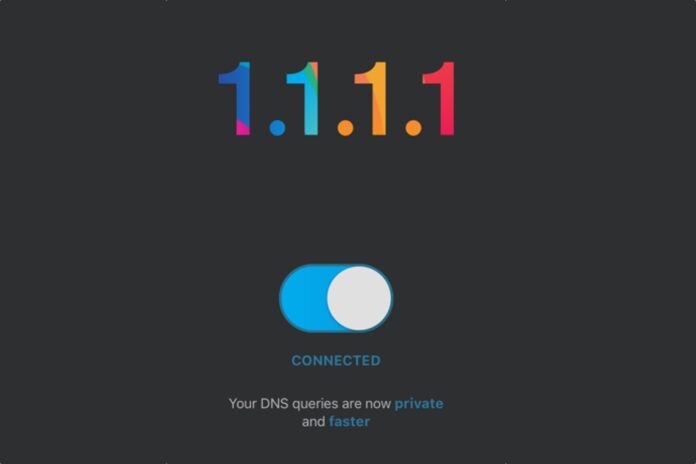 Cloudflare announced its new 1.1.1.1 with Warp service on April 1, providing a new security service that looks to provide consumers with improved privacy and security for internet access. The new consumer service is likely a precursor to Cloudflare’s entry into the multi-billion dollar market for enterprise VPN services.

The 1.1.1.1 service integrates both DNS (Domain Name Service) privacy with a VPN (Virtual Private Network) to help provide security. While VPN services are not new, Cloudflare is using a new type of VPN, based on technology from the open-source Wireguard project that makes connections safer and faster. The 1.1.1.1 with Warp service also benefits from Cloudflare’s global content delivery and internet backbone infrastructure for additional performance benefits.

“What we wanted to do was figure out how could we make the internet more secure, more private and faster,” Cloudflare CEO Matthew Prince, told eWEEK.

Cloudflare first announced its 1.1.1.1 DNS privacy service a year ago on April 1, 2018, as a way to help keep DNS queries private. DNS is the system by which IP addresses are connected to domain names and are typically sent in the clear, such that anyone can identify where the traffic going. The 1.1.1.1 service provides encryption for DNS lookups as well as acceleration via Cloudflare’s network.

In November 2018, Cloudflare expanded the 1.1.1.1 service with a mobile app in an effort to make the DNS service easier to use. Prior to the app’s availability, users had to go into their system’s device configuration to manually setup access for the Cloudflare’s service.  Prince said that since 1.1.1.1 launched he estimates that there have been approximately 100 million users of the service overall.

While the original 1.1.1.1 launch provided privacy for DNS queries it did not protect or encrypt the data traffic, which is what the new Warp capabilities now provide.

Wireguard is a New Type of VPN Technology

VPN technology isn’t new and has been available for decades, with different approaches that encrypt data in secure tunnels,  including IPsec and SSLVPNs among other technologies. Prince said that what Cloudflare is doing isn’t just yet another VPN but rather is a rethinking of some of the core protocols and technologies to enable secure access. In November 2017, Cloudflare acquired a company called Neumob, that was building advanced mobile protocols. Existing internet protocols were not originally built with the constraints of mobile devices and connectivity.

“What Warp does is it takes the engineering work that the team from Neumop had done and builds it around the new HTTP 3 standard protocol work which comes out of Google’s Quic effort,” Prince explained.

On top of Quic, Cloudflare is making use of the open-source Wireguard project for the data encapsulation VPN part of Warp. Prince said that Wireguard is a more efficient and modern approach to VPN. Cloudflare has extended the Wireguard open-source effort with its own BoringTun code that enables it to run well on mobile devices, with an implementation written in the Rust programming language.

Going a step further, on top of using Quic and Wireguard, Warp also benefits from Cloudflare’s Argo service which launched in May 2017 as an approach to accelerate web traffic. Argo uses Cloudflare’s globally distributed network as a virtual network backbone to make intelligent routing decisions to improve internet performance.

The core 1.1.1.1 service since its launch has been free for anyone that wants to use it. The 1.1.1.1 Service with Warp, will introduce a premium tier with advanced acceleration for a monthly fee that Prince said will vary depending on geography.

Cloudflare has raised $332 million in funding since the company was founded in 2009, including a $150 million round announced on March 12. Prince said that the 1.1.1.1 with Warp service will be a nice addition to Cloudlfare’s overall product portfolio diversity, but revenue from the service is not the primary goal. Rather he said that 1.1.1.1 with Warp will be a proving ground for a broader entry into the enterprise VPN market.

“We want to unlock what is a much larger market, which is the enterprise VPN market,” he said. “That’s a multi-billion dollar market and that’s what we’re really excited about.”