1The Best and Worst Microsoft Products 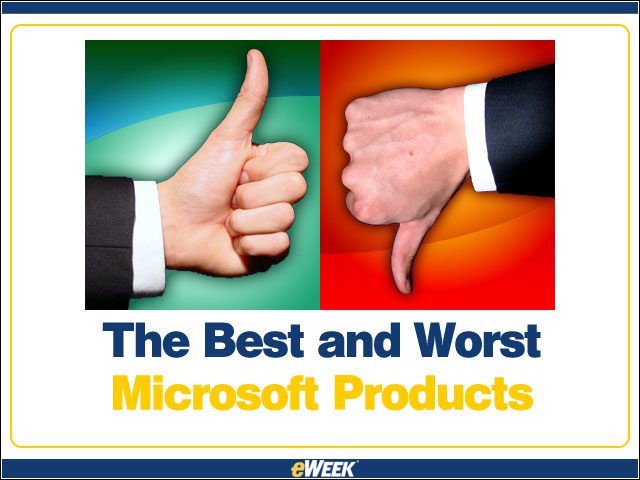 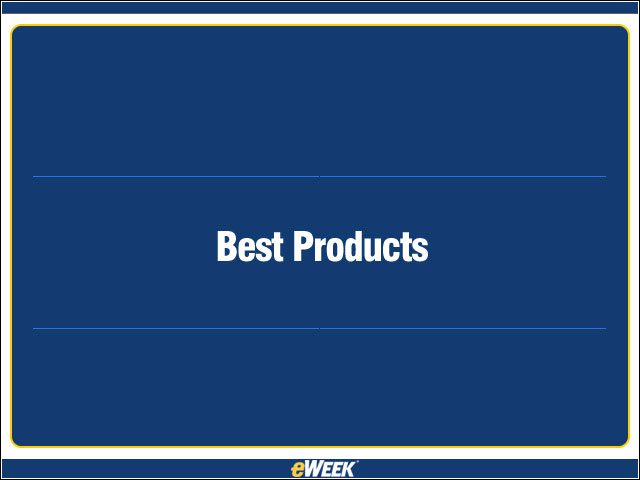 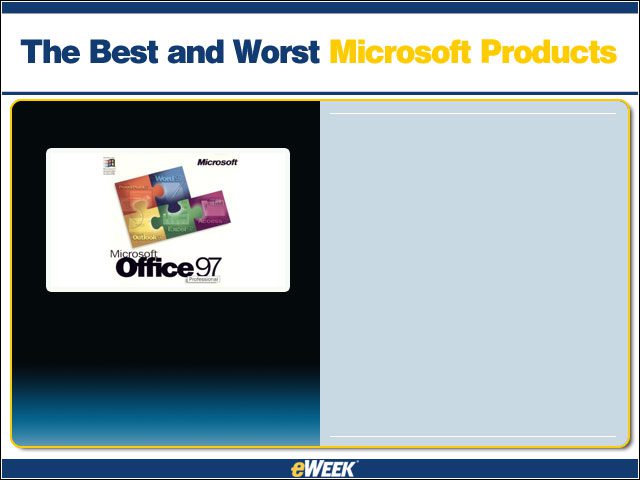 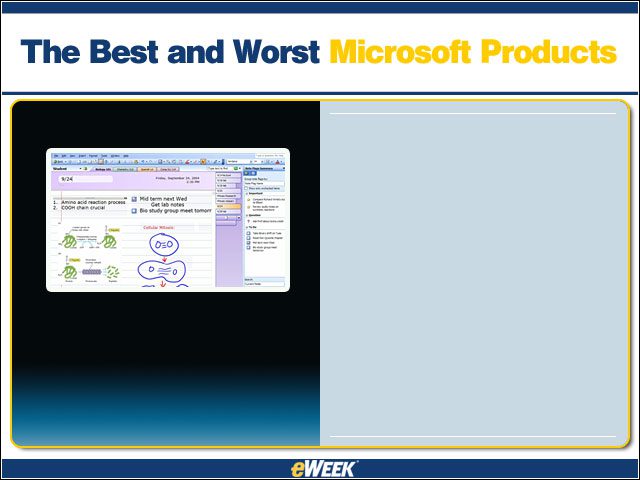 5. Visual Studio .NETRecognizing that the Web was changing the way applications were developed, Microsoft decided to change its flagship development platform to meet the needs of this new age. Visual Studio .NET took a Web-centric approach and launched new coding ideas that helped maintain the company- 6. Windows 2000Windows 2000 managed to increase system stability and ease configuration by pulling together features from the enterprise Windows NT line (the kernel) and from the consumer line (full 32-bit and plug-and-play support). While Windows 2000 proved full of holes over time, the operating system was a major leap forward for business customers on both the server and desktop sides. 7. Windows PowershellEven though Windows was born from DOS, its command line has been weak when compared with Linux and Unix competitors. With Powershell, Microsoft brought a powerful command line back to Windows, providing developers and Windows enthusiasts with a robust new way to control their Windows systems. 8. Windows Server 2003With the many security headaches caused by Windows 2000 Server, Microsoft realized that it had to make big changes to regain the trust of IT administrators. Windows Server 2003 took a much stricter approach to security than 2000, with most services turned off rather than on by default. As a result, Windows Server 2003 has proven to be a very stable and secure server platform. 10. HaloThough not strictly a Microsoft product (it was developed by Bungie Labs), Halo is published by and mainly seen as a Microsoft product. Indeed, it may be one of the best and most successful Microsoft products ever. This immersive, kinetic and highly enjoyable video game is probably responsible for the majority of Xbox sales. 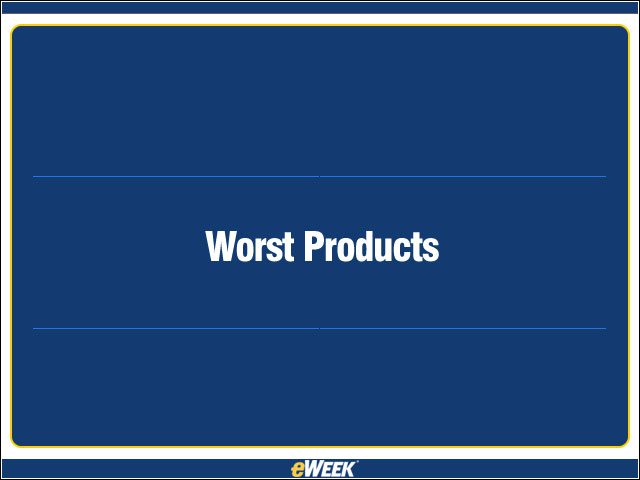 1. ActiveXWhen Microsoft first announced ActiveX, we said it was a terrible idea- 2. BobWhat a great idea: Let’s build a cartoon interface to Windows so people can manage their personal data and computer using “real world” interactions. Actually, this was a bad idea- 3. HotmailHotmail was a hot bed for spam. 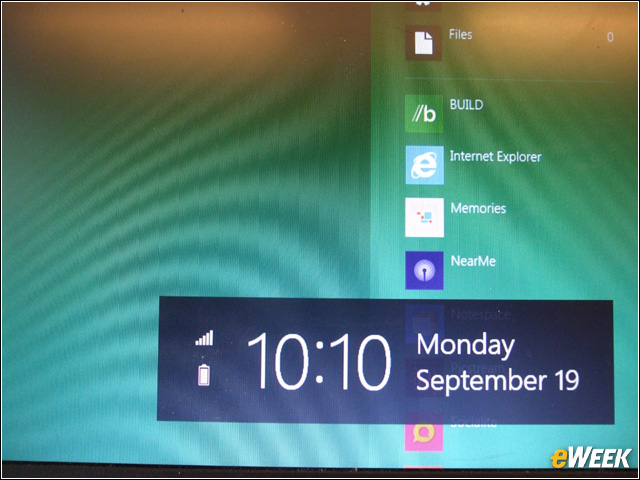 4. IIS 5Probably nothing caused more pain for IT administrators at the turn of the century than Internet Information Services 5. Some of the most damaging worms of all time used the security holes in this Web server to steal and destroy company data. 5. Internet Explorer 6If you look at market share alone, the IE 6 browser was a massive success. It dominated the browser market and is still the most widely used Web browser. But IE 6- 6. Outlook ExpressTrue story: A Labs analyst upgraded his browser to IE 6, which included an upgrade to the latest Outlook Express. When the browser didn- 22The Best and Worst Microsoft Products – Windows ME 10. Windows RegistrySure, it seemed like a great idea to have a central place where software vendors could store all their app-specific settings. But the hives grew so large and so convoluted that no one could comprehend them, let alone clean them up properly. And ISVs still put their .INI files in the c:windows directory.
PrevNext