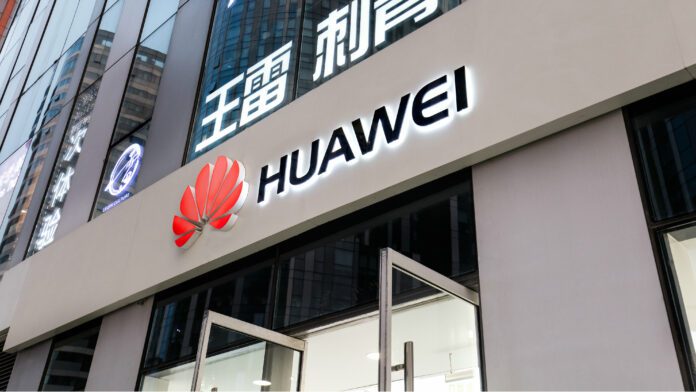 Acting U.S. Attorney General Matthew Whitaker announced Jan. 28 that the Department of Justice has filed charges against Huawei Technologies Co. and its CFO, Meng Wanzhou, for a series of alleged criminal acts, including bank fraud, conspiracy, money laundering, obstruction of justice and fraud, against the United States.

The company has also been charged in a separate action with violating sanctions on Iran. In a separate investigation, Huawei is being charged with theft of trade secrets from T-Mobile.

The 13-count indictment, which includes allegations against Huawei, Huawei USA and Skycom Tech in addition to Meng, charges that the defendants conspired to commit bank fraud and then did commit that fraud against four international banks with operations in the United States and the European Union. They also allege that Skycom, which in the indictment is referred to as “Huawei’s Iran-based subsidiary,” was used in a money-laundering scheme as a sort of cut-out to get around U.S. sanctions on Iran.

The indictment also provides information apparently retrieved from a flash drive carried by Meng that outlines how Huawei, among other actions, allegedly appointed top executives to other positions at Skycom as part of the obfuscation used in the activities of Skycom.

The indictment lists a series of overt acts, including lying to the FBI, lying to Congress, lying to banks to get services despite sanctions, a series of transactions in U.S. dollars and in clearing transactions in U.S. dollars. In addition, Huawei is alleged to have violated IEEPA (International Emergency Economic Powers Act). Huawei also is alleged to have conspired to obstruct justice by providing false information to a grand jury investigation.

Finally, just to make sure that Huawei knows that the DoJ means business, the indictment includes notice that the government intends to request criminal forfeiture of any funds or property related to the alleged criminal acts.

Chances are, this will complicate the upcoming trade talks between the U.S. and China. It also serves notice on China that the U.S. intends to proceed with extradition against Meng, who is currently being detained in Vancouver by Canadian authorities at the request of the United States.

Additional indictments for the theft of trade secrets from T-Mobile should be unsealed soon. According to a report by Reuters, T-Mobile had accused Huawei of stealing the technology for a phone dialing robot that is used to test smartphones. Huawei has said that the companies had settled the dispute privately, but such a settlement would have no effect on any criminal violations.

“China must hold its citizens and Chinese companies accountable for complying with the law,” Whitaker said in a media advisory.

“As charged in the indictment, Huawei and its subsidiaries, with the direct and personal involvement of their executives, engaged in serious fraudulent conduct, including conspiracy, bank fraud, wire fraud, sanctions violations, money laundering and the orchestrated obstruction of justice,” said U.S. Attorney Richard Donohue for the Eastern District of New York, in a second media advisory. “For over a decade, Huawei employed a strategy of lies and deceit to conduct and grow its business. This Office will continue to hold accountable companies and their executives, whether here or abroad, that commit fraud against U.S. financial institutions and their international counterparts and violate U.S. laws designed to maintain our national security.”

FBI Director Christopher Wray summarized the DoJ position on Huawei by explaining the department’s views of the seriousness of the charges. “These charges lay bare Huawei’s alleged blatant disregard for the laws of our country and standard global business practices,” Wray said in another media advisory.

Wray explained that these allegations should be a warning to China. “Today should serve as a warning that we will not tolerate businesses that violate our laws, obstruct justice, or jeopardize national and economic well-being,” he said.

Are Huawei, Chinese Government in Cahoots?

Huawei has been fighting charges that the company works as an agent of the Chinese government and that its products perform surveillance activities on the networks into which they are installed. For this reason, regulators in the U.S. and the EU have prohibited the use of Huawei equipment in networks in their respective jurisdictions. In addition, the FCC has forbidden the use of Huawei equipment in internet or cable TV equipment that receives any federal funds.

Considering Huawei’s position as a dominant player in the development of 5G wireless equipment, this could have an enormous impact on the spread of 5G communications, especially by small carriers, where Huawei provides substantial discounts and incentives as a way to get its gear into the centers of U.S. and EU communications.

While any trial on these charges will not happen right away, and while other charges are likely to be filed, actions such as these will probably stem the growth of Huawei 5G equipment in the west. Whether that does any good remains to be seen.