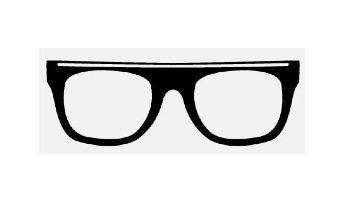 The revenge of the nerds may be well under way, according to the Geek Pride 2013 survey from recruitment firm Modis.

A whopping 87 percent of the general population say that they do not “sneak their geek”—for example, hiding personal or embarrassing passions or interests—while only 13 percent of Americans do, the study found

Nearly two-thirds (65 percent) of the 1,011 respondents surveyed by the Opinion Research Corporation said that if they were trying to impress someone, they would take pride in their “geek” toys like action figures, 90 percent say they would be proud of their books and comic books, and 65 percent would be proud of their superhero or cartoon character clothing, including pajamas.

Other personal items that respondents said they would be proud of include their music collections (94 percent), video games (77 percent) and the people (George Takei, anyone?) they follow on social media. Of the 13 percent who do sneak their geek, 72 percent hide their objects of nerdom from their neighbors, while 70 percent said they hide their geek idols from co-workers.

The survey also indicated public perception of geeks continues to improve year-over-year, with more than half (58 percent) of Americans defining geeks as extremely intelligent—a 13 percentage-point increase since Modis’ Geek Pride Survey in 2011.

When asked which characteristics they associate with geeks, the majority of consumers said that geeks are hard-working (76 percent) and confident (58 percent), according to the latest survey.

Geeks are more likely to be gainfully employed; 70 percent of those who self-identify as geeks are employed versus 54 percent of non-geeks. However, the majority of geeks (62 percent) also define themselves as someone who is influential, an association not necessarily shared by non-geeks (30 percent).

As major tech companies continue to roll out wearable gadgetry, it seems a lot of geeks are ready to hop on the trend. The majority (61 percent) of self-described geeks said they would purchase and wear a smartwatch, and 56 percent said the same about smart glasses. Interestingly, around one-third of non-geeks are also interested in purchasing or wearing a smartwatch (37 percent) and smart glasses (35 percent).

As much as they may cling to their Spiderman pajamas or Predator collectable action figures, they’re even more enamored of technology, the survey indicated. When asked which items Americans would have a very difficult time living without for one day, geeks are clear that technology is a priority—much more so than their non-geek counterparts. Geeks are nearly twice as likely as non-geeks to say they can’t live without Internet (61 percent versus 36 percent), a computer (54 percent versus 35 percent), or smartphone (46 percent versus 33 percent).