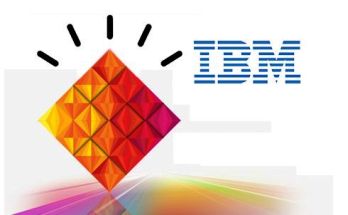 Like innovations that start in the U.S. space program—think freeze-dried food and temper foam—and eventually filter down into the commercial space, so operates the IT business.

Functions that used to be found only in the system domains of high-performance computing at think-tank labs such as Los Alamos and Lawrence Livermore are now commonplace in large enterprises—features such as high availability, unified file and block storage, and high-level scalability.

IBM is following suit by bringing some of those functions into new virtualized storage aimed squarely at small and midsize business systems, which means companies with 100 or fewer servers in their IT setup.

Runs on OpenStack and IBM’s Own Controller

IBM on Nov. 6 updated its lower-end storage system offerings with the entry-level Storwize V3700, which runs on OpenStack and includes as standard formerly unavailable features such as thin provisioning, automated data tiering and migration, and file and block storage.

The V3700 is aimed at smaller-budget shops needing to upgrade to a shared storage scheme in order to handle the increasing influx of data from people, machines and the Web. Its 2U form factor uses dual controllers that can scale up to 120 drives and 180 terabytes (TB) of raw capacity.

The new Storwize features a one-way data-migration feature, so that data can be moved from an older array onto the V3700 without disrupting workloads. Other features include OpenStack’s Nova volume driver, which automates storage provisioning and volume management, and FlashCopy, which creates instant copies for backup.

The Storwize V3700 runs on the same codebase as the more extensive V7000 system, a block storage-only array launched two years ago for large enterprises. When customers asked for it, IBM then included a multi-protocol version of the V7000 in 2011.