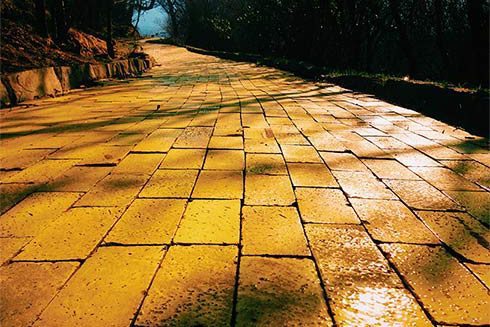 The concept of data storage warehouses is pretty old-school, going back to 1951 for physical document/film storage facilities (Iron Mountain and IBM), then to the 1990s for on-premises-only IT warehouse solutions. A lot has changed since Amazon launched the S3 cloud storage service in late 2006 and its Glacier online cold storage and backup service in 2012.

Now enterprises are dipping their toes into so-called data lakes of unstructured data in addition to innovative, new-generation cloud storage platforms that can hold virtually unlimited amounts of digital files of all kinds. These include such colorfully named companies as Snowflake, Amazon Redshift, Google BigQuery, Microsoft Azure and Yellowbrick Data.

Five-year-old Yellowbrick Data, not exactly possessing the same household-name status as some of its older competitors, nonetheless claims to be gaining sales traction in this next-generation enterprise data warehousing sector. A couple of weeks ago at the Strata Data Conference in New York, the company advanced its key offering by launching its flash-storage optimized Cloud Data Warehouse and announcing its Cloud Disaster Recovery (Cloud DR) service, which will become available in December.

“Using Yellowbrick, you can choose to run a workload on premises or in the cloud; it also supports multiple clouds in the same warehouse, and you can have your data present and up to date in real time in any public, as well as on premises,” Yellowbrick VP Nick Cox told eWEEK. “We can replicate databases between on-premises and cloud, and we support things like keeping your legacy ETL on-prem and allowing your users to flexibly migrate data to and from the cloud at will.”

Try doing that with standard AWS, Azure or Google, and see how the costs add up.

The Yellowbrick Cloud Data warehouse has been operating in enterprise production environments since early this year, and both new products utilize the Yellowbrick Data Warehouse–the world’s only modern analytical database built for the hybrid cloud, Cox said.

The increasing use of data analytics as a tool to improve business decisions is spurring fast-paced growth for data warehousing. According to Allied Market Research, the global data warehousing market is projected to reach $34.7 billion by 2025. Traditional data warehouse solutions are struggling to meet the rapidly expanding enterprise companies’ needs for larger data sets, increasing concurrency and improved price-performance metrics, Cox said.

“Yellowbrick Data has taken a fresh approach to data warehousing with its flash-optimized architecture, and it is now extending this technology to the cloud,” said James Curtis, senior analyst at 451 Research. “Favorable economics, deployment flexibility, and high performance get to the core of what enterprises are looking for in a modern data warehouse, which is precisely where Yellowbrick is concentrating its efforts.”

More detail on the new offerings:

Yellowbrick Cloud DR is a service that provides an up-to-date replica in the cloud of an on-premises or cloud data warehouse at a substantially lower cost than purchasing additional instances.