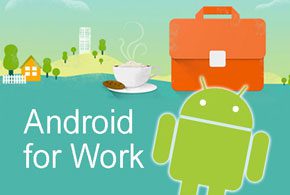 More help is on the way for enterprises seeking to manage the proliferating use of Android-based mobile devices in the workplace.

A slew of carriers, including AT&T, Verizon Wireless, T-Mobile and Sprint, this week announced support for Google’s recently launched Android for Work program. Under the effort, the carriers will deliver tools and capabilities that will help businesses exert more control over the manner in which employees use their Android devices for work-related purposes.

As part of the announcement, Google also showcased new devices designed specifically for use in regulated industries such as health care and government. Samsung, for instance, will soon start offering the highest levels of government certification with its Knox range of mobile devices, Google Senior Director for Android and Chrome Rajen Sheth said in a blog post. Similarly, Silent Circle has boosted the privacy and security controls on its Blackphone devices for Android, Sheth said.

“The Android for Work program took off with the help of our partners across the Android ecosystem,” he said. “Today we’re expanding the family to 40 companies to continue the momentum, including new device manufacturers, application makers and management providers.”

Google announced Android for Work in February. At that time, the company described the program as a response to the proliferating use of Android-based smartphones and tablets inside many organizations.

Google will focus on four key mobility management technologies under the Android for Work program. The first is a work profile feature that will be available soon for users of Android 5.0 and higher that will let them separate work-related applications and data from personal data on their mobile devices.

The third component is an enterprise version of Google’s mobile application store. Google has said Google Play for Work will allow IT managers to more easily distribute approved applications to Android devices in the workplace.

A new set of business apps for email, contacts and calendar that support both Exchange and Notes make up the fourth component of Google’s multifaceted strategy to make Android devices more manageable in the workplace.

Google’s announcement this week significantly increases the number of vendors that have agreed to take part in Android for Work. At launch, the only vendors to officially announce a partnership with Google were BlackBerry, MobileIron, SAP, MaaS360, Samsung, Sony and HTC.

Since then, the market response to the program has been overwhelming, according to Sheth. Currently, more than 10,000 businesses, including marquee customers such as World Bank, Guardian Life Insurance and the U.S. Army, have either deployed or tested the technology.

The Android for Work program is Google’s attempt to alleviate enterprise concerns spawned by the burgeoning use of personally owned mobile devices in the workplace. Gartner estimates that by 2017, nearly 50 percent of all employers will require employees to bring their own mobile device to work. Security experts have expressed concern over the trend and have warned that unmanaged mobile devices pose a major threat to enterprise data.

Technology vendors have responded to the trend with numerous enterprise mobility management technologies designed to help companies secure mobile devices, applications and content. Google’s strategy with Android for Work is to make Android more easily managed by such products, analysts have previously noted.