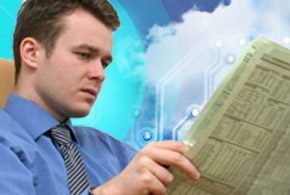 IBM (NYSE: IBM) announced that it received a record 6,478 patents in 2012, the most patents awarded to any company for the year, according to the U.S. Patent & Trademark Office.

This marks the 20th consecutive year that Big Blue has topped the annual list of U.S. patent recipients. IBM’s 2012 patents come in areas such as analytics, big data, cyber-security, cloud, mobile, social networking, and software-defined environments, as well as industry solutions for retail, banking, health care and transportation, the company said. These patented inventions also will advance a major shift in computing, known as the era of cognitive systems.

While the sheer number of patents matters in the industry–IBM inventors have received nearly 67,000 patents since 1993–what it really demonstrates is the outcome of IBM’s long-standing commitment to research, development and innovation, IBM officials said.

The company’s focus on the areas of big data, analytics and cognitive computing continues to be strong. More than 300 patented inventions from 2012 support emerging big data and analytics innovations and technologies like the Watson system, adding to the 500 analytics-related patents IBM already holds.

Big-data-harnessing analytics solutions are increasingly becoming not only a competitive differentiator but also a key ingredient to identifying hidden insights that can help companies improve their bottom line and move into new markets, IBM said.

For instance, the patented IBM invention that enabled the company’s Watson cognitive system to interpret the nuances of a human question and provide evidence-based answers on Jeopardy! has sparked the interest and collaboration of medical providers, physicians and hospitals across the United States. And in turn, IBM has forged partnerships with health-care leaders such as WellPoint and Memorial Sloan-Kettering Cancer Center to take Watson’s patented command of facts, and improve diagnosis, treatment and outcomes for patients.

“We are proud of this new benchmark in technological and scientific creativity, which grows out of IBM’s centurylong commitment to research and development,” said Ginni Rometty, chairman and CEO of IBM, in a statement. “Most concretely, our 2012 patent record and the two decades of leadership it extends are a testament to thousands of brilliant IBM inventors–the living embodiments of our devotion to innovation that matters, for our clients, for our company and for the world.”

The Top Ten list of 2012 U.S. patent recipients with number of patents is as follows:

Data for the list was provided by IFI CLAIMS Patent Services.

Examples of IBM’s 2012 patents awarded to IBM include U.S. Patent #8,250,010: Electronic learning synapse with spike-timing dependent plasticity using unipolar memory-switching elements. This patent relates to algorithms and circuits for efficiently mimicking the learning function of a brain’s synapses and lays the foundation for a non-von Neumann computer architecture. IBM is working on a cognitive computing project called Systems of Neuromorphic Adaptive Plastic Scalable Electronics (SyNAPSE), which aims to emulate the brain’s abilities for perception, action and cognition while consuming orders of magnitude less power and volume without being programmed.