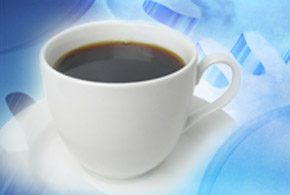 Azul Systems, a provider of Java runtime solutions for developers, has released a new version of its Zing runtime for Java, which is a drop-in replacement for legacy Java Virtual Machines (JVMs).

According to the TIOBE Index, Java remains the most popular programming language in the enterprise. Java applications require a JVM to run. The JVM sits between the operating system and the application itself and enables the computer to run Java programs. Oracle’s HotSpot is the most widely used JVM in the enterprise, and other vendors, including IBM and Red Hat, provide JVMs.

However, Azul’s Zing is a scalable JVM for enterprise applications and systems that require any combination of consistent low latency, high transaction rates, high scalability or large in-memory data structures.

“With Zing 16.07, we are delivering a Java runtime that allows our customers to drive more revenue by delivering a better user experience and improved performance and scalability,” Sellers said in a statement. “Zing’s support for TSX features in Intel’s latest Broadwell-based Xeon processors is a performance game-changer for Java developers writing multi-threaded code, and allows applications to scale to unprecedented levels. We’re especially excited to announce our free Zing evaluation program, allowing users to download Zing now free of charge, and try its unique features and capabilities in their environment with their applications.”

And Zing provides an eight to 10 percent improvement in the performance of Apache Cassandra, DataStax Enterprise and Apache Spark deployments, as well as a 75 percent reduction in compiler pauses during application warm-up, the company said. In general, the new release delivers a 5 percent improvement across the board as compared to previous versions of Zing, Azul said.

Cassandra is seeing widespread use in the enterprise as a large-scale, NoSQL database in a wide range of use cases, Sellers said.

“As such, consistency of performance and ‘five nines’ reliability becomes paramount,” he said. “As Cassandra is written in Java, it can suffer from unexpected pauses and inconsistent performance. Zing eliminates these issues, and with the new Zing release also offers better performance to address the never-ending desire for higher performing, more scalable databases.”

“As big data paradigms move from older batch-style use cases to interactive and streaming use cases, consistent performance and scalability becomes important,” Sellers said. “As Spark is Java-based, Zing addresses performance limitations of Spark when running on legacy JVMs.”

In addition to the new features and the free evaluation program, Azul also is offering new pricing aimed at startups and companies with annual revenues under $25 million per year, as well as for ISVs and manufacturers who wish to embed or integrate Zing with their products.

“Admittedly, $25 million is an arbitrary number, but the point is, we want to encourage even small companies to use Zing and stop wasting precious engineering time working around performance, scale, and memory size limitations found in legacy JVMs,” Sellers said.

Using Zing eliminates an entire category of engineering work—Java tuning, performance triage and more—and allows for companies big and small to get their products to market faster, with more resources available to add more features and capabilities and ultimately create better products, he added.

Zing 16.07 is available from the Azul website and the Amazon Web Services Marketplace. The single license annual subscription price for Zing is $3,500 per physical server, with significantly lower prices for higher volumes and longer-term subscriptions, Azul said.