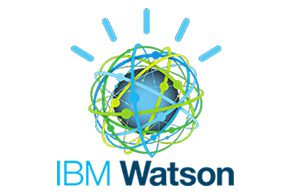 Despite being among the leaders of the digital revolution, software developers apparently are just as concerned as workers in other fields that automation and technological advances could, at some point, endanger their jobs, according to a recent Evans Data survey.

Indeed, the Evans Data study indicates that developers fear that their own obsolescence will be spurred by artificial intelligence (AI). The company surveyed more than 550 developers across a variety of industries. When asked to identify the most worrisome thing in their careers, nearly one-third (29.1 percent) selected the “I and my development efforts are replaced by artificial intelligence” category.

“Another dimension to this finding is that over three-quarters of the developers thought that robots and artificial intelligence would be a great benefit to mankind, but a little over 60 percent thought it could be a disaster,” said Janel Garvin, CEO of Evans Data, in a statement. “Overlap between two groups was clear which shows the ambivalence that developers feel about the dawn of intelligent machines. There will be wonderful benefits, but there will also be some cataclysmic changes culturally and economically.”

Some observers note that developers often see firsthand the power of AI and are more keenly aware of its potential.

“It does not surprise that developers, who have the skills to understand AI at a deeper level than most folks, would be concerned about it,” said Al Hilwa, an analyst with IDC. “However, I would say there are many other jobs and roles that are less creativity-centric—e.g. news reporting—that are more vulnerable in the first order.”

Yet, from a broader perspective, this has been a major anxiety in recent history over how technology, which in the early days was largely mechanical and electrical, would replace humans, Hilwa said.

“Over time, it did, but the net result is a transformation in the nature of work towards knowledge work, and the shift in the nature of economies and the products produced,” he said. “Overall, there has been dislocation of course, but also incredible growth and net improvement in lifestyles at almost every level of the income scale.”

The Evans Data study comes at the emergence of what IBM CEO Ginni Rometty calls the “cognitive era.” With its Watson cognitive computing system, IBM is pushing into the cognitive era in a major way. Big Blue’s Watson features a natural language interface, which enables users to directly query the system in natural language. Watson understands and responds in natural language. The system can ingest vast amounts of data and analyze it in milliseconds. It also learns from itself and builds its base of knowledge every time it used.

During a keynote at the Consumer Electronics Show (CES) in January, Rometty announced several new advances and partnerships built around the IBM Watson cognitive computing platform. Each of those advances has the potential to impact jobs at some level, including IBM’s plans with Softbank Robotics to take their partnership on a Watson-powered robot global. Through their joint work, Softbank has infused Watson into its “empathetic” robot Pepper, enabling it to understand and answer questions in real time, opening up new possibilities for the use of robotics in business scenarios such as banking, retail and hospitality.

Developers Worried That AI May Take Their Jobs

Earlier this week, IBM announced that it is piloting a version of that robot to serve as a hotel concierge. Known as “Connie,” the hotel concierge robot is powered by IBM Watson and Watson ecosystem partner WayBlazer, which offers a cognitive travel platform based on Watson. The robot is being tested at the Hilton McLean in Northern Virginia’s Washington, D.C., suburban area. Connie draws on domain knowledge from Watson and WayBlazer to provide concierge information such as recommendations on local tourism and dining.

“As the first system of the cognitive era, Watson infuses a kind of thinking ability into digital applications, products and systems,” said John Kelly, senior vice president of IBM Research and Solutions Portfolio, in a statement regarding the CES announcements. “We have already seen this capability begin to transform industries as diverse as healthcare, insurance and retail.”

While Kelly listed healthcare, insurance and retail, could software development be next? Apparently some developers are a bit worried.

“I don’t think developers have a lot to fear from Watson in the short term,” Charles King, principal analyst with Pund-IT, told eWEEK. “The development process included numerous tasks that seem beyond the platform’s current capabilities. But over time, it’s likely that Watson and similar platforms will evolve to the point where they can be used effectively in some development processes, especially those that demand highly complex or repetitive hands-on tasks.”

At the same time, it should be remembered that DevOps has always been an evolutionary process, and that developers use various tools to ease or simplify their jobs, King said.

Ironically, in an Evans Data survey from October, developers involved in big data indicated that in projects that use machine learning techniques and processes, human input does not end at project deployment.

“Applications for artificial intelligence and machine learning may strike people as examples of completely autonomous computing, in which computers learn to process and act on data by themselves,” said Michael Rasalan, director of research at Evans Data, in a statement. “In practice, development for machine learning is rather different from this fantasy. The overwhelming majority of developers involved in machine learning reveal that machine learning still requires a great deal of hands on involvement from programmers. A lot of the work in developing Machine Learning applications involves setting up big data systems and Hadoop implementations. But even after deployment, many developers will be creating and optimizing algorithms required to analyze massive amounts of data. This process is continuous and requires direct human input and control most of the time.”