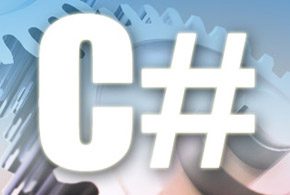 Under the new agreement, Xamarin is teaming up with IBM to support Big Blue’s MobileFirst platform to enable Xamarin developers to build multi-device enterprise apps.

With this move, Xamarin is simplifying the development of native mobile apps for iOS, Android and Windows devices to easily connect to enterprise data and systems through the IBM MobileFirst Platform.

In short, the companies have created an enterprise mobile solution for C# developers that combines Xamarin’s native mobile development platform for iOS, Android and Windows Phone with the IBM Worklight platform for secure cloud-based data services.

“Together, Xamarin and IBM are creating an end-to-end foundation for developers to more effectively mobilize mission-critical enterprise data in their apps,” Nat Friedman, CEO and co-founder of Xamarin, said in a statement. “The combined Xamarin and IBM solution gives millions of app developers a powerful enterprise mobile opportunity they have never had before.”

Businesses today are faced with high expectations for mobile user experiences by consumers and business partners, given the diversity of devices they need to support.

To address these needs, Xamarin and IBM are releasing an SDK for Xamarin developers that can be embedded in their mobile apps to integrate, secure and manage apps with the IBM MobileFirst platform.

In addition, they also are releasing add-ons to Xamarin Studio and Microsoft’s Visual Studio that enable developers to use these environments to create high-performance, native cross-platform apps using the power of the IBM MobileFirst platform.

“The challenge for today’s developer is meeting the ever-increasing demand for secure, connected and sophisticated mobile apps,” Sandy Carter, general manager of Ecosystem Development at IBM, said in a statement. “The IBM relationship with Xamarin expands our support for first-class native development that allows millions of C# developers to focus more on innovation and driving business value through mobile.”

Research firm Gartner reports that mobile apps have now become the primary method for people to interact with the Internet and that, by 2016, 70 percent of the mobile workforce will have a smartphone, half of which will be purchased by the employee. In that same timeframe, the firm predicts that 90 percent of enterprises will have two or more device platforms to support.

Gartner also predicts that app downloads will surge to more than 268 billion apps and users will provide data streams to more than 100 apps and services every day.

The IBM MobileFirst Application Development portfolio provides a range of tools for developers to create, deploy and manage mobile apps, on-premise or in the cloud. The IBM portfolio, comprised of IBM Worklight, Cloudant and Bluemix technologies and services, enables developers to build and deploy mobile apps quickly.

IBM announced the portfolio at its IBM Impact 2014 conference in May in Las Vegas.

IBM Worklight is a mobile enterprise app development platform deployed on a client’s IT infrastructure, while Bluemix delivers similar capabilities as cloud-based services. Both can be used with Cloudant, IBM’s NoSQL distributed database-as-a-service (DBaaS) for mobile apps.