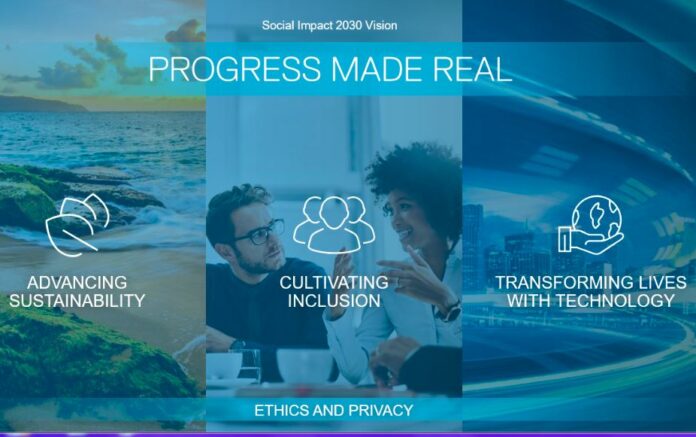 Tech vendors are so relentlessly focused on the future that it’s sometimes easy to forget the pragmatic demands that drive them. Sure, many customers and partners are curious about what vendors see on the horizon. But most are more concerned about the here and now and how vendors are helping them keep their organizations up, running and doing business.

Balancing daily requirements while cultivating future development is a challenge that some vendors are better at than others, and Dell is a case in point. Shortly after returning to the company’s CEO position in 2007, Michael Dell set out to transform Dell from a market-leading PC maker into an end-to-end IT systems provider. In 2013, after taking the company private, Dell announced the 2020 Legacy of Good Plan – long-term corporate, social and environmental goals designed to improve the company’s products, processes and communities and to help customers and partners improve theirs.

Last week at the Dell Technologies Summit in Austin, Dell and his leadership team discussed the company’s latest achievements, including launching a new 2030 Progress Made Real plan detailing the ambitious goals that Dell plans to pursue during the coming decade. Let’s take a closer look.

Though it wasn’t all that long ago, it’s worth noting a couple of issues that occurred around the time that Michael Dell took the company private. First, the move was not without controversy. Some larger investors (notably, Carl Icahn) railed against the deal’s terms, and a number of financial analysts suggested that the new company would be so hobbled by debt as to be unsustainable.

Moreover, Dell’s decision to double-down on his end-to-end strategy by fully leveraging the assets accrued from the $67 billion acquisition of EMC was also controversial. With PC sales and margins in decline and smart phones looking like they were about to eat the world, more than a few folks predicted that client endpoints other than phones and tablets was pure foolishness. In fact, a few months after the Dell deal was completed, HP announced that its enterprise business and lower margin (at the time) PC/printer divisions would bifurcate into separate companies.

Coming in so fraught a business environment, Dell’s Legacy of Good Plan was both visionary and counterintuitive. At a time when many vendors were turning their gazes inward, Dell, instead, intended to expand its corporate responsibility efforts globally with efforts that impacted environmental sustainability, local communities and employee development (a copy of the original plan can be seen here). Interestingly, Dell didn’t see the plan as written in stone. In fact, in 2016, the company refined the Legacy of Good Plan into Dell 10/20, which included expanded goals focusing on a variety of corporate and business issues.

So, where do things stand today? At the Dell Technologies Summit, Michael Dell noted that the company has achieved the goals set-out in Dell 10/20 earlier than expected. Those included increasing transparency in supply chain processes and sources, substantially reducing the company’s impact on the environment, increasing the use of renewable energy sources, engaging three quarters of Dell employees in community service and supporting an inclusive work environment.

That’s all to the good, but it should be noted that the Summit also found Dell continuing to advance its strategy and efforts around end-to-end business IT solutions. The commentary I published in last week’s Pund-IT Review focused on the company’s new PowerOne autonomous infrastructure offerings and its place in Dell’s new Technologies of Demand as-a-service offerings. But it should be mentioned that the company’s as-a-service strategy covers a wide range of other Dell products.

Those include Dell client desktops, notebooks, 2-in-1s, tablets and peripherals which are available to organizations large and small through the company’s PC-as-a-service which guarantees customers single, predictable per-month pricing. Plus, Dell’s PowerEdge server portfolio is now available with a processor-based usage option for compute at the core. In fact, along with being one of the few remaining vendors developing true end-to-end solutions, Dell is in a position to deliver entire portfolios in as-a-service configurations which maximizes the choices customers have for supplying and financing their IT needs.

It’s also worth mentioning that the “advanced automation engine” that drives PowerOne’s autonomous capabilities was developed by Dell in-house leveraging its own resources and open source tools, including Kubernetes and Ansible. This is a major step forward for a company best known for innovative hardware design. In fact, during a Q&A session with analysts, Dell’s Vice Chairman of Products and Operations, Jeff Clarke, noted that the company’s investments in software development now outweigh its hardware investments. In other words, expect Dell to deliver more software-centric innovations in the near and long term.

Dell’s new 2030 Progress Made Real Plan finds the company continuing to focus on addressing challenges both near and far. The new initiative extends the ethics, transparency and employee participation efforts launched in the Legacy of Good and Dell 10/20. Plus, the company is committed to achieving 50/50 gender representation in its workforce by the end of the next decade as part of a wider focus on gender and cultural inclusion.

In addition, Dell is expanding its environmental focus with a new 1:1 recycling/reuse product plan. Though the company has long been one of the industry’s most effective product recyclers (even collecting and processing competitors’ equipment), the new effort aims to recycle/reuse one out of service technology product for every new Dell product that customers buy.

Finally, Progress Made Real intends to make measurable, positive impacts on the lives of 1 billion people by 2030, including Dell’s customers and employees, as well as communities across the globe. Some of those effects will stem from the company’s use of recycled and renewable materials, while others depend on future-ready skills development programs Dell will provide to workers in its supply chain. The company also intends to drive a comprehensive science-based climate program with the goal of reducing greenhouse gas emissions by 60% per unit revenue by 2030.

Some might scoff at 2030 Progress Made Real as little more than a marketing ploy, but that ignores the substantial progress and evolutionary transformation that Dell has achieved for more than a decade. Those successes include the early completion of the Legacy of Good Plan and 10/20 initiatives, of course. But they are also apparent in the new PowerOne and Technologies on Demand offerings announced at the Dell Technologies Summit in Austin.

Though it wasn’t noted explicitly, another point that was clear in Austin is the seriousness of Dell’s focus on global issues and concerns. At a time when public sectors both in the U.S. and abroad are riven by discord, partisan navel-gazing and the politics of personality, it was impressive to see Michael Dell, his leadership team and Dell Technologies as a whole tackling the challenges, accepting the responsibilities and seeking the opportunities available in an increasingly interconnected and interdependent world.

With that in mind, the goals stated in Dell’s 2030 Progress Made Real aren’t merely a publicist’s daydream; they are an absolute necessity.