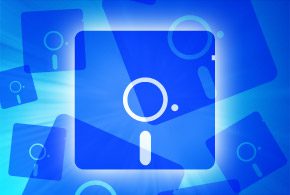 Several businesses that make their money bundling third-party software with other applications are using deceptive practices to distribute unwanted apps on user systems, researchers from Google and New York University warned in a report released this week.

The report is based on a yearlong study of the internet’s so-called pay-per-install (PPI) ecosystem, in which a software developer bundles its apps with another, more popular app in return for a fee. The researchers identified a total of 15 large PPI networks offering such bundling services scattered across the United States, Russia and Israel.

For purposes of the study, the Google and NYU researchers focused on the activities of the four largest PPI outfits between January 2015 and January 2016. One of the companies had revenues of some $460 million in 2014 from its pay-per-install activities.

The researchers monitored the bundling offers from the four organizations on a daily basis, collecting a total of 446,000 offers associated with 843 unique applications. The study showed all four networks heavily distributed unwanted applications such as ad injectors and browser hijackers right along with legitimate applications.

The software bundles typically contained a consent form with details of the programs that the user was about to download buried deep in the text so few would see it.

Discussions in underground chat rooms and forums often refer to such methods as ways to trick users into unintentionally downloading software and accepting the installation terms. “The most commonly bundled software included unwanted ad injectors, browser settings hijackers and scareware purporting to fix urgent issues with a victim’s machine for $30 to $40,” they said.

Nearly 60 percent of the bundled software distributed by PPI networks each week during the period of the study contained apps that at least one antivirus engine flagged as unwanted.

The Google and NYU investigation showed that “publishers,” or the networks responsible for getting users to download and install the bundled software, also often resort to deceptive behavior to meet their goals. For example, they often use fake software updates and video codecs, and misrepresent legitimate brands to trick users into downloading and installing their bundled packages.

The researchers discovered many of the software bundles to be capable of first fingerprinting a user’s machine and looking for the presence of antivirus software and Google’s own Safe Browsing technology on the system. “Publishers have resorted to increasingly convoluted tactics to try and avoid detection,” the Google researchers said.

The proliferation of unwanted apps on user systems heightens the need for real change among businesses involved in the PPI market, Thomas and Crespo said. They noted that Google’s Safe Browsing technology every week generates around 60 million alerts pertaining to unwanted applications in downloaded software bundles. That number is three times more than the number of alerts generated for malware, the researchers noted.