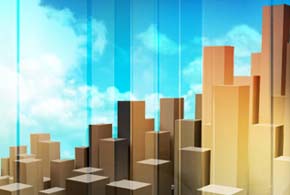 Google’s penchant for embarking on what many would consider “moonshot” projects has found fresh expression.

The company has launched a new venture dubbed Sidewalk Labs that it says will focus on developing technologies for improving daily life for residents and businesses in cities.

“Sidewalk will focus on improving city life for everyone by developing and incubating urban technologies to address issues like cost of living, efficient transportation and energy usage,” Google CEO Larry Page said in a Google+ post Wednesday.

Dan Doctoroff, former CEO of Bloomberg LP and deputy mayor of economic development and rebuilding for New York City, will head the new venture, which will be actively funded and supported by Google. Page described Google’s investment in the new venture as a relatively modest one but did not offer any specifics.

In a press release, Doctoroff said that several new technologies are already available that tell people about traffic conditions, availability of apartments and other issues pertinent to city dwellers. What’s missing are applications and technologies that can improve the quality of life for those living and working in urban areas.

“We are at the beginning of a historic transformation in cities,” Doctoroff said. “At a time when the concerns about urban equity, costs, health and the environment are intensifying, unprecedented technological change is going to enable cities to be more efficient, responsive, flexible and resilient.”

Neither Page nor Doctoroff offered any technology specifics or any details on when Sidewalk would start delivering on this vision.

For Google, Sidewalk is another in a growing list of ventures that have little to do, directly at least, with its core search engine roots. The company’s autonomous car initiative, its push into the wireless carrier and high-speed Internet space, and its work on specialty health care products and a balloon-powered Internet are just some recent examples of its more eyebrow-raising efforts.

In comments to investors at a recent shareholder meeting, Google Executive Chairman Eric Schmidt defended the company’s push into such areas, saying it was precisely these kinds of investments that propelled Google to where it is now. The company’s strategy is to focus on technologies that are not just relevant now but will be relevant for coming generations as well, he had noted.

“Making long-term, 10X bets like this is hard for most companies to do,” Page conceded in his Google+ post. “But Sergey [Brin] and I have always believed that it’s important.” As more people around the world live, work and settle in cities, the opportunities for urban improvement are endless, he said.

Charles King, principal analyst at Pund-IT, described the Sidewalk initiative as a potentially beneficial one for both Google and urban dwellers. “Though it probably qualifies as one of Google’s ‘moonshot’ efforts in the sense of balancing risk against reward, I’m intrigued by the company’s focus on improving life in cities,” he said.

Such ventures, though different, hold promise and should do little to detract from Google’s focus on its core business.

“While the financial driver for Google’s business is online advertising, the company’s long-term goal of organizing information on the Internet and making it easily available offers a great deal of interpretive latitude,” King said. Google has already demonstrated numerous times, for example, via its Maps investments and related services how investing in challenging, even counter-intuitive directions can still lead to worthy goals, King said. “It’s entirely possible that we’ll eventually talk about Sidewalk Labs in similar terms,” he added.