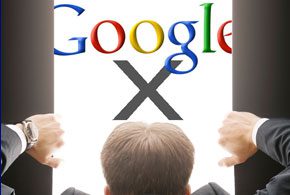 Just weeks after Google parent Alphabet disclosed it had killed off a project to deliver Internet connectivity via high-altitude drones, the company is touting the success of another initiative to achieve the same goal using high-flying balloon’s instead.

In a blog this week, Astro Teller, the head of Alphabet’s X lab, said the company’s Project Loon is now one step closer to becoming a commercial reality courtesy of some important breakthroughs the team has made recently.

The breakthrough involves the algorithms that the Project Loon team uses to control balloon navigation at high altitudes. The improvements now make it possible to reliably send and maintain small clusters of balloons over specific regions anywhere in the world that require Internet connectivity.

“The full shape of a moonshot emerges only through a series of much smaller steps, made over years,” Teller proclaimed. “There’s no team at X that embodies this more than the Loon team.”

Google launched Project Loon in 2013 back when it was still a single company. After its reorganization in 2015, the project—considered one of Google’s biggest moonshots—was hived off from Google’s core advertising business and is now part of Alphabet.

Google launched the effort to see if it could use high-altitude hot air balloons as floating cell towers for delivering Internet connectivity to poorly connected areas or to areas where connectivity might have been cut off due to a natural or other disaster.

The idea was to encircle the globe with a ring of stratospheric balloons and to control their flight in such a manner as to ensure that enough balloons would always be over a particular location to deliver consistent Internet connectivity.

In order to do this, engineers at X have over the years developed and refined algorithms that allow balloons to navigate to where they need to be by constantly inflating and deflating so as to take advantage of wind directions and speed.

To deliver on its vision, Google also has had to find a way for the balloons to communicate with each other in a reliable and consistent fashion and for them to stay afloat for relatively long periods of time. The company’s goal has been to try and do all of this at about 5 percent of the cost of a conventional high-altitude balloon.

The latest breakthrough with the algorithms will give X a way to cut down on the number of balloons needed to deliver consistent connectivity to a specific location and to do so in weeks instead of months. When Google launched Project Loon, the plan was to have multiple rings of balloons encircling the globe in such a manner that when one drifted out of range another would float into place.

The improved algorithms allow small clusters of balloons to be directed to a specific location instead and to “dance on the winds in small loops” to remain in place, Teller said.

The improvement is a positive sign for Project Loon’s operational and economic viability he said.

Google has previously said its balloons can be navigated from more than 12,000 miles away to within 500 meters of a target location and can be used to deliver 15Mbps connectivity. The company has said it is in talks with multiple carriers round the world to try out its network.