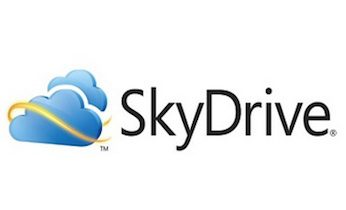 Microsoft and Apple are butting heads over an update to Microsoft’s SkyDrive application.

In April, Microsoft added the ability for SkyDrive users to purchase additional storage space. As App Store apps that create in-app revenue owe Apple a 30 percent cut of their profits, the iPhone maker has determined that the upgrade means Microsoft now owes it some serious cash, The Next Web reported Dec. 11, citing people familiar with the situation.

Without its 30 percent cut, Apple isn’t allowing Microsoft to update its app, which is in definite need of a refresh.

“Microsoft … has a new version of the application ready to go, including a key bug fix that would rectify a crashing bug, but cannot get it through,” said the report. “Microsoft does not appear keen to pay Apple the 30 percent cut, as it lasts in perpetuity, regardless of whether a user continues to use an iOS device or not, as the billing is through their Apple account.”

To be clear, a SkyDrive user could convert from an iPhone to a Windows Phone, but because he originally signed up for the extra storage through the iTunes app, Apple would continue to collect its royalty.

The Next Web adds that Microsoft has tried to work out a compromise, but Apple isn’t interested. On the contrary, it has taken the matter a step further and blocked third-party apps that interact with SkyDrive and include a “sign-up” button, telling developers that this automatically suggests a violation of Apple guidelines.

A user on the Microsoft Developer Network Forum wrote in an Aug. 9 post that the App Store refused an app with a sign-up button, citing a violation of policy, but that “we have temporarily worked around the problem ourselves.”

Still, he wondered if Microsoft was planning to address the issue, so that other developers could avoid it.

“Thanks for reporting this issue,” answered Microsoft’s Navdeep Bawa. “We have started looking at ways to address this internally.”

Microsoft officials didn’t respond to a request from eWEEK for a comment on their progress.

In November, after the company’s long-awaited releases of Windows 8 and Windows Phone 8, Microsoft announced that since that April release of SkyDrive, the amount of data being stored to the cloud service had doubled.

“We’re both humbled and excited by this pace of growth,” blogged SkyDrive’s Mike Torres.

Responding to user feedback over those months, Torres added, Microsoft had also added a feature to SkyDrive that enables users to choose which devices specific information is synced to, and released updates to the SkyDrive apps for Windows Phone and Android devices.

“Between these updates and the way SkyDrive comes with Windows 8 and the new Office,” wrote Torres, “we’re excited to see how fast your SkyDrive storage usage will grow in the next 6 months.”