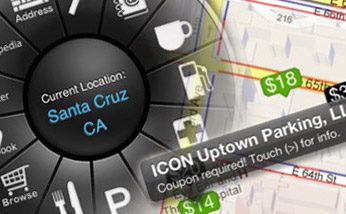 Wireless carrier AT&T announced the expansion of its 4G LTE network to include 10 cities across the United States, including Providence, R.I.; New Haven and Hartford, Conn.; and Bowling Green, Ky. The other six cities are Boise, Idaho; Boulder, Colo.; Lexington, Ky.; Lancaster and Harrisburg, Pa.; and Ogden, Utah.

A key benefit of Long Term Evolution (LTE) is lower latency, which refers to the processing time needed to move data through a network—for example, how long it takes to start downloading a Web page or file once a user has sent the request. Other advantages are mobile Internet speeds up to 10 times faster than 3G and more effective use of wireless spectrum, creating more space to carry data traffic and services and to deliver a better network experience.

The company is also a developer of Distributed Antenna Systems, which use multiple small antennas to maximize coverage and speed within stadiums, convention centers, office buildings, hotels and other areas where traditional coverage methods are challenging. Even as AT&T continues to expand its 4G LTE coverage, customers can get 4G speeds outside 4G LTE areas on the company’s 4G Evolved High Speed Packet Access (HSPA+) network.

AT&T competitor Sprint’s LTE network is now in 49 markets, including Dallas, Atlanta and Baltimore, and it has plans to light up nearly 150 more in the coming months, it announced Dec. 19. In addition to beefing up LTE coverage, Sprint officials said the company has made strides with thousands of 3G sites across the country, made thousands of voice and data capacity additions and implemented “3G service improvements” in more than 70 markets. Another major player among the nation’s largest wireless carriers, Verizon, says that it offers LTE in 470 cities. Earlier this week, the company announced LTE expansions in 29 markets across the country.

AT&T also announced its support of the new Interoperability Compliance Program (ICP) introduced this week by the Wireless Broadband Alliance (WBA), an industry association focused on driving the next-generation WiFi experience. The ICP is designed to streamline the way WBA members work together by creating a common set of technical and commercial frameworks for WiFi roaming.

“This initiative will ultimately help establish clear guidelines for operators to create a road map of the evolution of hotspots and eventually develop a directory of various carriers’ WiFi capabilities, which will enable carriers to deliver a better mobile data experience to customers when they travel abroad,” JR Wilson, chairman of the WBA and vice president of partnerships and alliances at AT&T Mobility, said in a statement.