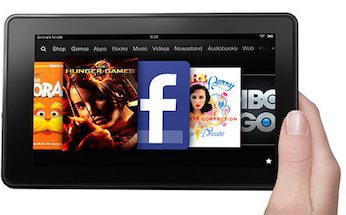 Falling PC sales in 2012 have been attributed to more than just a weak global economy. NPD Group, in a new report, backs up this idea, offering figures on the popular online activities that have migrated from computers to tablets and smartphones.

More than 37 percent of consumers surveyed for NPD’s “Application and Convergence Report” said they now turn to tablets and smartphones for content they used to access on their PCs. Top among these activities is accessing the Internet and using Facebook.

“It’s not just mobile devices that are drawing attention from the computer; 21 percent of consumers that have a TV connected to the Internet are now switching from their computer to using their TV to watch video from streaming services such as Netflix,” NPD said in a Feb. 7 statement.

Still, the PC continues to rule for the time being. Internet browsing is highest among PC users, at 75 percent, followed by smartphone users (61 percent) and tablet users (53 percent). The devices ranked similarly when it comes to viewing Facebook, with PCs being used by 63 percent of respondents, followed by smartphones by 55 percent and tablets by 39 percent.

Despite these shifts in behavior, computers will remain consumers’ fundamental content-creation devices, John Buffone, director of devices, Connected Intelligence, at NPD Group, said in the statement.

“Consumers, however, are switching their entertainment-centric behaviors to tablets, smartphones and connected TVs at warp speed,” Buffone said. “During 2013 this trend will be further perpetuated as more mobile devices become enabled with screen-sharing technologies such as AllShare and Miracast that allow users to bridge their mobile devices to their TV screens.”

NPD found the third most-popular activity, behind Web surfing and Facebooking, was uploading photos on smartphones; on tablets, reading books and magazines tied for third place with playing free games.

But as Gartner reported Jan. 14, PCs are no longer considered the No. 1 gift item.

“Whereas once we imagined a world in which individual users would have both a PC and a tablet as personal devices, we increasingly suspect that most individuals will shift consumption activity to a personal tablet and perform creative and administrative tasks on a shared PC,” Gartner Principal Analyst Mikako Kitagawa said in a statement.

“There will be some individuals who retain both, but we believe they will be the exception and not the norm,” Kitagawa continued. “Therefore, we hypothesize that buyers will not replace secondary PCs in the household, instead allowing them to age out and shifting consumption to a tablet.”