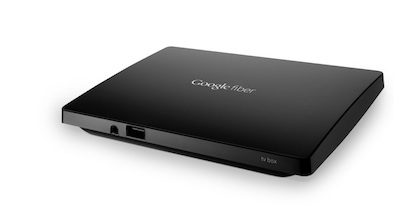 Dish Network, the satellite TV provider, has compiled a good amount of wireless spectrum—the mobile industry’s most aggressively sought-after resource—and is now in the happy position of searching for a partner with which to build out a wireless network that might rival those of the industry’s top carriers.

Sprint, AT&T and T-Mobile have all been mentioned as possible partners, and according to a Nov. 15 report from The Wall Street Journal, Google is also in the mix.

Google and Dish executives have been in talks in recent weeks, according to The Journal, which sites people familiar with the deal, though it added, “The talks between Dish and Google aren’t advanced and could amount to nothing, one of the people said.”

Google’s reach has grown well beyond searching and advertising to include the Android mobile operating system, now the most-used mobile OS in the world; mobile hardware such as tablets through partners, including Samsung and Asus; and smartphones, following its 2011 purchase of Motorola Mobility.

Additionally, among Dish’s services is the offer of Google TV, which provides a combination of apps access, including Google’s YouTube, and thousands of TV and movie options for users to view.

The service includes a Google Nexus 7 tablet as a remote control and starts at $70 a month for Gigabit Internet or $120 for Internet and TV. For now, it’s available in Kansas City, Mo., and Kansas City, Kansas, but there are plans for it to extend throughout both states and eventually into others.

“It’s worth kind of noting also that we are pushing for the next chapter of the Internet in the U.S. with Google Fiber,” Google Chief Financial Officer Patrick Pichette said during the company’s Oct. 18 earnings call.

“People, there is such a demand for higher-speed access at reasonable prices, I think that we’ve got a great mouse trap with Google Fiber and we hope it excites everybody and promotes an environment that will actually give us that kind of connectivity in the U.S. and elsewhere as well,” Pichette continued.

More concisely: The faster consumers’ Internet speeds, the more likely they are to take advantage of Google’s complementary offerings.

According to The Journal, Dish is looking for a long-term partnership like the one Sprint had formed with LightSquared, in which the two would share the network and its costs. That deal ultimately went nowhere, after LightSquared’s network failed to receive approval from the Federal Communications Commission. The FCC found that the network, built on spectrum originally intended for the simultaneous use of satellite and cellular services, interfered with GPS signals and so could potentially impact airlines and other industries to which GPS is critical.

A wireless Dish network would also rely on some spectrum designated for satellite use, and the company, which has said it will “use the spectrum for a solely ground-based cellphone network,” according to The Journal, is currently awaiting a thumbs-up from the FCC.

Dish’s spectrum makes it particularly attractive to the wireless carriers at a time of shifting pieces and hurried Long Term Evolution (LTE) rollouts. This autumn, T-Mobile and MetroPCS announced plans to merge, and Sprint sold a 70 percent share of its business to Japanese carrier Softbank for $20.1 billion—a sum that will do wonders to help the deeply in-debt carrier and its LTE rollout efforts. Within weeks of the Softbank agreement, Sprint announced plans to buy a majority share of Clearwire, its partner in 4G, and later spectrum and customers in the Midwest from U.S. Cellular.

All these deals mean increased competition for Verizon Wireless and AT&T, which are both at the top of the wireless network food chain.

Technology Business Research analyst Eric Costa, in a research note following AT&T’s October earnings report, saw Dish as a potential answer to some of the threat of competition.

“TBR’s belief is that AT&T will make a move of its own in 2013,” wrote Costa, “such as an acquisition of Leap Wireless or a deal with Dish Networks that will help create more separation between [AT&T] and Sprint.”

For the time being, however, much depends on Dish receiving FCC approval.

“For Dish, having potential network partners lined up as the FCC deliberates shows its commitment to building a wireless network, rather than flipping the spectrum—worth several billion dollars—to a buyer upon gaining approval,” wrote The Journal, again citing people familiar with Dish’s discussions with Google.