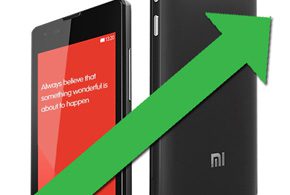 Google’s Android One program to broaden Android use in developing countries received a boost this week with the release of a new smartphone by China’s Xiaomi.

The new Mi A1 is scheduled to start shipping in India next week and will soon become available in multiple other markets as well including Russia, Vietnam, Indonesia and Taiwan.

Like other Android One smartphones, Xiaomi’s new model includes a stock version of Android from Google and comes with a curated set of pre-installed applications. Among them is the Google Assistant digital assistant app, YouTube, Maps and unlimited space for storing photos via Google Photos.

The Mi A1 will also come with Google’s new Play Protect malware detection and removal service built into it, so users are protected from malicious Android apps right out of the box, according to the company.

“When we launched Android One in India back in 2014, the goal was to get the next billion people online by providing them with high quality, affordable phones,” said Jamie Rosenberg Google vice president of business and operations at Android and Play.

The Mi A1 represents Google’s commitment to extending the program by working with more partners, Rosenberg said in an announcement on Google’s The Keyword blog.

The new phone will have a starting price of 14,999 Indian rupees, which is slightly more than $230 at current exchange rates. That price is a far cry from the sub-$100 models that were first introduced in India when Google introduced the program in 2014.

The Mi A1 has a 7.5 mm thick full metal case and a 5.5inch curved, full HD display. The phone packs two cameras with wide-angle and telephoto lens, one of which is front facing while the other is for taking selfies. The device is powered by the Snapdragon 625 processor from Qualcomm and comes with 4GB of RAM, 64GB of internal storage and a fingerprint sensor for authenticating device users.

With the exception of Google’s own Nexus and Pixel lines, no other Android devices typically receive operating system upgrades as soon as new versions become available. In almost all instances, it is entirely up to the handset makers and carriers to decide if they want to upgrade users to new Android versions. As a result a vast majority of Android devices are usually at least two generations removed from the latest version of Android.

With the release of Mi A1, the number of smartphone models available under Android One has increased to seven. The other models include the S1 and S2 from Sharp, and the GM 5 and GM 6 from General Mobile.