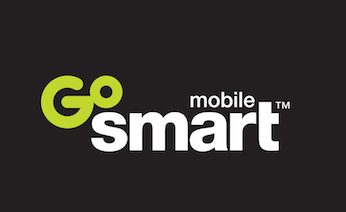 T-Mobile continues on its mission to offer consumers what it says they really want—an end to “dum” hidden fees, roaming charges and overly complicated annual contracts. After a 2012 soft launch in nine markets, on Feb. 19 the carrier announced the nationwide launch of GoSmart, a new contract-free wireless brand that offers service pricing as low as $30 a month and makes it easy for subscribers to use the devices they already own.

GoSmart is launching with two phones on offer—a $49 QWERTY Alcatel and a $99 Android-running ZTE smartphone—and a promise of more models to come. It says that tens of millions of people already own a device, and it expects its target subscribers to want to use what they already have. More than 90 percent of the people who came to GoSmart during its soft launch, came with their own devices and purchased GoSmart’s $8 SIM kit.

“There’s a segment that wants the latest phone to come out—that can’t wait for the Galaxy S 4—but we are not going after that segment,” Shailendra Gujarati, director of marketing, told eWEEK. “There are people who are OK using their phones for just talk and text, or what we call ‘light data’ … and we allow you to do all of that on T-Mobile’s network.”

“If I’m on the $35 plan, it will be EDGE speeds, which are adequate for browsing, networking and so on,” said Gujarati. “On the $45, the service is good enough for watching YouTube and stuff like that.”

T-Mobile, of late, has been hurriedly building out an LTE network, positioning itself as the “un-carrier” and promoting the idea of not forcing subscribers into annual contracts, while also saying it’s going to go after more value-minded consumers. However, as T-Mobile has promised to offer an iPhone this year, its target audience isn’t quite as value-minded as GoSmart’s.

“We are very much a T-Mobile-owned and -operated brand, and we see a complementary aspect to our offerings,” said Gujarati. “Other carriers have what we call ‘dum fees,’ they charge you $3 so that you can pay your own bill, which we think is insane—dum. We’re saying you can still get aggressive price points, and good service, and not have to [deal with dum practices].”

“It’s a smart way for T-Mobile to wring as much as they possibly can from the older 3G network it still owns but was—to varying degrees, depending on the service area—retiring to make way for 4G. [Its 3G network] is definitely not an empty highway, given the comparatively slow rate of 4G deployments in the U.S., compared to other countries,” Narcotta told eWEEK. “It would be unwise for T-Mobile to turn away entirely from 3G, but it definitely has its priorities in the right order by promoting its 4G to attract new customers.”

It will also help T-Mobile attract even more of the fast-growing prepaid user segment—which it has made no secret about courting, since it signed a deal to acquire prepaid carrier MetroPCS.

Citing data from IDC, GoSmart says that the number of no-annual-contract customers in the United States is expected to reach 80 million by the end of 2013, growing an average of 7.4 percent until 2016.

Gujarti added that another trend GoSmart is seeing is a rise in the cost of consumers’ monthly wireless services.

“The numbers we see tell us the average wireless bill is rising at a rate of 7 to 10 percent per year. … Because the cost is going up, doesn’t mean customers shouldn’t be able to afford wireless plans that give them what they need,” he said. “We give them affordable plans—simple plans—with no nickeling and diming, and the reliability of T-Mobile’s nationwide network.”