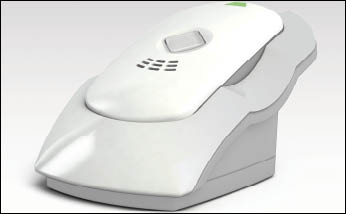 Mobile personal emergency response systems (MPERS) help monitor elderly patients, but younger users will also benefit from the technology, according to Tim Smokoff, the CEO of Numera, which makes the Libris device.

The Libris incorporates two-way voice, automated fall detection and location tracking as well as telehealth capabilities. Users can send measurements from biometric devices through a Numera Net gateway cleared by the U.S. Food and Drug Administration to the Numera Net Home Hub, where caregivers and family members can access the data.

AT&T is offering Numera’s Libris MPERS as part of a managed service for doctors and health insurers.

Users of PERS devices have been mostly elderly, female and living alone, according to a March survey of 1,114 Americans aged 55 to 100+ by research firm Aging in Place Technology Watch and Link-age Connect, an organization of senior-living communities.

This market is growing, however.

“Our research indicates the traditional base of users is expanding to include more mobile and active users who want to track their biometrics and other health information,” Laurie Orlov, principal analyst at Aging in Place Technology Watch, said in a statement. “This type of information can be collected, for instance, through the Numera Libris platform.”

“We certainly see MPERS getting younger,” Smokoff told eWEEK. As the device shifts from a unit used inside the home for tasks, such as fall detection, to outside, the device could gain a younger set of consumers, he suggested.

The data travels from a weight scale over a cellular network to Numera’s FDA-cleared Gateway, where a caregiver receives the information.

Lifecomm, a subsidiary of Verizon Telematics, is also developing a wrist-worn MPERS device.

The compact wrist-worn form factor for MPERS is ideal for individuals with chronic conditions that need to be tracked but want the device unnoticeable, according to Smokoff.

“A lot of folks would rather have the device be not apparent,” Smokoff said. “They don’t want to broadcast that they may have a health condition or some other issue.”

The MPERS model may also expand into a body-worn system of sensors, Smokoff said.

“We’ve seen a lot of interest in using Libris in a body-worn hub, where it can collect information from a variety of sensors,” Smokoff said. Data from the sensors would then connect to electronic health record platforms.