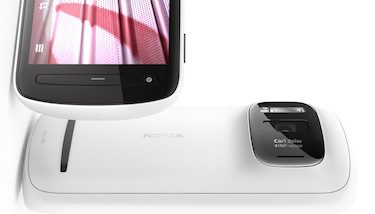 Damian Dinning, the Nokia executive in charge of its camera initiatives, is leaving the phone maker for a position at Jaguar Land Rover.

In an exclusive note to PureViewClub, a fan blog dedicated to the Nokia 808 PureView, Dinning wrote that he will be “driving innovations in the exciting new field of Connected Car.”

Nokia, in a Nov. 23 statement, said Dinning’s departure follows the “relocation of key strategic roles to Finland,” and Dinning likewise told PureViewClub that he and his family are in the United Kingdom and “relocation is unfortunately not an option.”

Dinning added that his departure has been planned for some months, and he’s pleased that during his nine years at Nokia he was able to help transition photography from being an interest of the “the nerdy or for special occasions use only” to being a part of everyday life.

“I really feel I’ve been able to fulfill that ambition,” he said. “Whilst we’re really only just entering the next major stage in the development of photography and I still have very clear vision of how I see [its] longer-term development, I fully recognize this is the perfect opportunity for me to work in quite a different area.”

Dinning has overseen Nokia’s release of the impressive and well-loved Nokia 808 PureView, with its 41-megapixel sensor, as well as the new Nokia Lumia 920. After the introduction of the 920, however, its camera became headline fodder not for its impressive features but for Nokia’s marketing of the device, which many found to be misleading, forcing Nokia to offer a hurried apology.

In a Nov. 21 review, The New York Times’ David Pogue called the Lumia 920 “awesome” and its camera “very good,” adding that it “does really well in low light without the flash.” The feature that prompted the apology was a floating-lens technology that enables the shutter to stay open for longer, making low-light, flash-free images possible, while avoiding the blur from even subtle hand movement.

As for his new gig, Dinning wrote in his note that he’s moving into an industry he’s “wanted to be part of for a very long time. My experience in telecoms and smartphones provides me with a great opportunity to make a difference in a company whose own development is inspiring at a time of great change.”

Nokia has been invested in connected-car initiatives for some time. In a June blog post, Nokia officials wrote that many “foundational elements” of the connected car—from streaming music from a smartphone to controlling calls from the steering wheel to more advanced features such as traffic-aware navigation systems and “intelligent technology” features that enable the car to be attuned to a driver’s habits and musical taste—are “very close indeed to becoming a reality.”

Nokia is working with Ford, the officials said in the post, to bring such features to the Ford Evos.

On Nov. 7, AT&T announced an investment of $14 billion in its broadband networks and new growth areas and services, which includes the connected car. The carrier already has deals with Ford, Nissan, BMW and others.

“More than half of new vehicles are expected to be wirelessly connected by 2016,” AT&T officials said in a statement. “AT&T is positioned to lead the industry as the company’s capabilities expand from vehicle diagnostics and real-time traffic updates to consumer-facing applications that tie into retail wireless subscriber data plans.”

Nokia, in its statement on Dinning’s departure, said his time with the company will officially end Nov. 30.