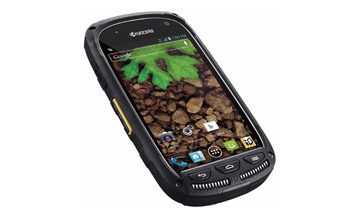 Sprint has announced it will carry a new entry in Kyocera’s Dura Series, the Torque Android smartphone, due to reach the market this spring.

The Dura Series is Kyocera’s line of phones suitable for extreme operating conditions.

With the Torque, Kyocera is looking to provide to consumers with rugged features typically used by enterprise customers, according to Eric Anderson, senior vice president and general manager of global sales and marketing at Kyocera Communications.

“We know from our research, conversations with customers and personal experiences that there’s a tremendous consumer need for rugged handsets to deal with life’s everyday challenges,” Anderson said in a statement. “Kyocera has taken the most robust, rugged mil-spec features and combined them with our easy-to-use, affordable Android smartphone designs to create a durable mobile device that supports not only the construction foreman using Sprint Direct Connect, but also the outdoor sports enthusiast or the busy mom or dad who’s juggling children and playground duties.”

After listening to lots of customers who damaged a phone on a hard surface, Sprint was looking for a handset such as the Torque to be able to withstand a fall, according to David Owens, Sprint’s vice president of product development, said in a statement.

“Anyone will quickly appreciate the durability of this smartphone, whether you work in rugged environments or just enjoy outdoor activities,” Owens said in a statement.

The phone features a 4-inch LVGA touch-screen with ruggedized impact-resistant glass. Reinforced corners and rubber nonslip Dura Grip give the device extra durability during a fall.

The Torque combines the ability to withstand extreme conditions while offering the speed of Sprint’s 4G LTE service, Owens noted.

More than 82 million cell phones in the United States have been destroyed by water, according to Sprint, which highlighted the waterproof features of the Torque smartphone. The device meets the military standard 810G for withstanding shock, dust and water. It can also handle vibrations, solar radiation, humidity, blowing rain, low pressure and salt fog, according to Sprint. An Ingress Protection (IP)-67 rating means the Torque can resist exposure to dust, sprayed water and full immersion in water up to 1 meter deep for up to 30 minutes, Sprint reported.