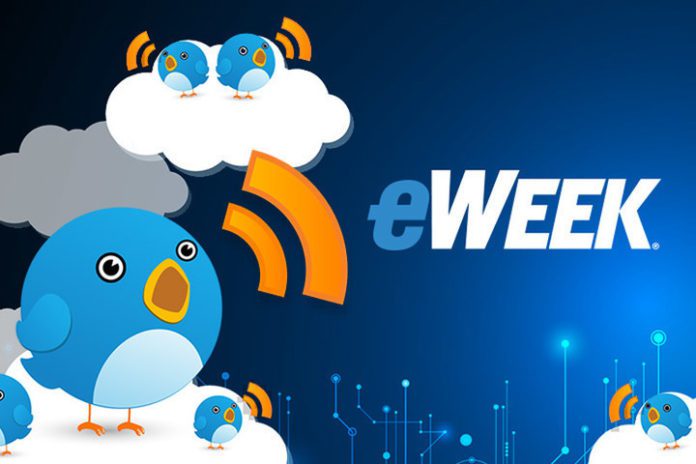 Participation: You can use #eWEEKchat to follow/participate via Twitter itself, but it’s easier and more efficient to use the real-time chat room link at CrowdChat. Instructions are on that page; log in at the top right, use your Twitter handle to register, and the chat begins promptly at 11 a.m. PT. The page will come alive at that time with the real-time discussion. You can join in or simply watch the discussion as it is created. Special thanks to John Furrier of SiliconAngle.com for developing the CrowdChat app.

Chat room real-time link: Use https://www.crowdchat.net/eweekchat. Sign in with your Twitter handle and use #eWEEKchat for the identifier.

Next-generation networking: Where are the key trends?

IT networking originally was all about the plumbing for data centers and the internet: having a reliable, traffic cop-like network controller, plugging cables into the right ports and using firewalls for security. Plus, you needed good, knowledgeable network admins who knew how to solve data-movement problems. Now it’s less about the management (because most of it is now automated) and more about the trustworthiness of those people running it.

While those conventions are still a mainstay of the connected world, innovation has changed the industry enormously in the last decade. The data center industry has long since moved to larger-pipe connectivity (Ethernet, Infiniband), central network controls, automated storage and security, built-in intelligence and faster wireless connectivity—to mention only a few advancements.

Software-defined networking (SDN), SD-WAN (wide-area networks) and other network virtualization technologies have driven the conversation in the industry for the past few years. However, for all the talk about SDN and SD-WAN, the tech world is still in the relatively early stages of these and other innovations, such as network-functions virtualization (NFV).

Still, there are more than a few network administrators who continue to think it might be overkill to overhaul a system for a small or medium-size business when the current one works just fine.

The problem is that the amount of data being generated is not about to slow down or be reduced any time soon. Industry analysts have calculated that all the data racked up in the world in one month in 2020 probably totals more than the data stored in the entire year of 2019. Businesses need to keep up with this data growth in order to stay competitive in their markets; should someone slip, others gain advantage that they might not relinquish for a while.

SD-WAN leading the way into the future

With the advent of widespread SD-WAN, WiFi 6 and 5G on the horizon, plenty of key decision-makers are, in fact, currently upgrading their networks. Speed in moving data streams to where the computing is taking place, and vice-versa, has never been more important to businesses–local or global.

Some key data points from a recent survey by QuinStreet Inc.:

WiFi 6, for one example, enables speeds to improve, latency to recede and cause familiar limitations of WiFi to vanish. The relatively fallow ground of 6GHz means that compromises due to legacy devices would be gone, making WiFi something that you could use anywhere in the office or on the production floor.

Imagine WiFi 6 at 60GHz. With all of that extra bandwidth, wireless capacity would move far beyond the current limitations of fiber networks in the office. While there will still be a role for fiber outside of the office, inside the office, 60GHz WiFi 6 will simplify enterprise networking by providing a multi-gigabit infrastructure without the disruption of cabling or the expense of wired infrastructure.

Cambium Networks is one of the forward-looking networking companies that is already providing hardware and software infrastructure around WiFi6. “From New York to Naples to Nigeria, everyone wants super-fast wireless connections,” Cambium CEO Atul Bhatnagar said. “By bringing together Wi-Fi 6 and 60GHz solutions with cloud software, we’re changing the game with unified wireless that can serve any city, any enterprise, any school, any business or any industry at a fraction of the cost of wired networks. With this new wave of technology, wireless is the new fiber, and it simply just works.”

Certainly 5G connectivity will be a huge improvement over 4G LTE in the wireless world. That will be a major talking point in our #eWEEKchat. Here are examples of seed questions we’ll pose to our audience on May 25:

*all topics subjects to change