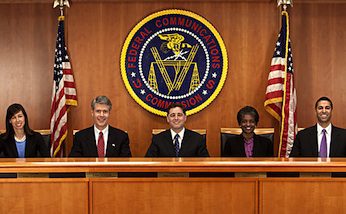 Julius Genachowski, chairman of the Federal Communications Commission, will step down from his post “in the coming weeks,” he announced during a live broadcast March 22. His position officially ends in June.

“I believed from Day One we could get big things done for our country and, thanks to you, we have,” he told the FCC’s full staff, who were assembled for the announcement.

During a roughly 30-minute speech, Genachowski detailed what each branch of the agency had accomplished—from opening up spectrum and addressing bill shock to overhauling the agency and helping make the United States the world leader in Long Term Evolution (LTE)—during the four years since President Obama had named him to the position.

“We can’t let up on the gas pedal. There are challenges ahead in this flat and fast-moving global economy,” he said, adding that the agency will need to, among other things, “free up even more mobile broadband.”

Genachowski’s replacement, unknown for now, will inherent the tremendous job of overseeing spectrum auctions planned for 2014 that the mobile industry will be watching closely and working to influence.

Genachowski served the commission through years of tremendous evolution and growth in wired and wireless broadband—key technologies in a changing world.

He did the balanced job that public servants are hired to do, but the result was that he made enemies on both sides of the political aisle. He disappointed consumer groups with the decisions to approve Comcast’s purchase of NBC Universal and Verizon’s deal with several major cable companies. But in leaning the other way and preventing AT&T from purchasing T-Mobile, in the name of protecting market competition and consumers, Genachowski made a new set of enemies.

In a statement highlighting such disappointments, consumer advocacy group Public Knowledge characterized Genachowski’s term as “one of missed opportunities.”

He declined the opportunity to “solidify the agency’s authority and ability to protect consumers with regard to broadband—the communications system of the present and future,” and as a result left it in danger of becoming a “powerless and irrelevant agency,” Public Knowledge’s statement said.

“The Chairman had the opportunity, but declined, to take several important steps that would have promoted more robust competition in the wireline and wireless broadband market,” it continued, though added that Genachowski deserved credit for defending data roaming rules and unlicensed spectrum, allowing Dish Network to provide terrestrial wireless service and stopping AT&T’s attempted purchase of T-Mobile.

“But it remains to be seen whether those positive steps will mitigate the enormous consolidation that has taken place in the broadband marketplace under his watch,” the group added.

Possible replacements, according to Time, include Larry Strickling, currently with the National Telecommunications and Information Administration, an agency that advises the president on telecom policy; Jason Furman, a super-star economist with close ties to Strickling; and current FCC commissioners Mignon Clyburn, the most senior Democrat on the commission, and Jessica Rosenworcel, who was confirmed last year and, though considered smart and capable, would have to line-jump Clyburn.

More than two-dozen prominent women’s rights groups, including Gloria Steinem’s The Women’s Media Center, delivered a letter to Obama March 22 insisting that the best qualified candidates for the chair position are all women.

“The next FCC chair must be someone who is willing to put the public’s interests first and work to ensure that American businesses and workers have the tools they need to ensure U.S. competitiveness in the 21st century,” they wrote. “Consumers want an independent FCC chair—not an industry insider—but someone who is willing to put the needs of consumers over the desires of industry executives.”

In addition to Clyburn and Rosenworcel, they suggested that former Organization for Economic Co-operation and Development Ambassador Karen Kornbluh and Clinton administration FCC executives Susan Ness and Cathy Sandoval be considered for the position.

Genachowski’s announcement comes two days after Commissioner Robert M. McDowell announced his own plans to step down after seven years of serving. McDowell said he had no immediate plans other than to take his family “on a much-needed vacation.”

News that Genochowski planned to step down leaked weeks in advance. Breaking some nervous energy as he came to the podium, he joked that he had called everyone together for a big announcement.

“I am tied for first place in the FCC’s March Madness pool,” he smiled. “It’s a big deal, and a big surprise.”