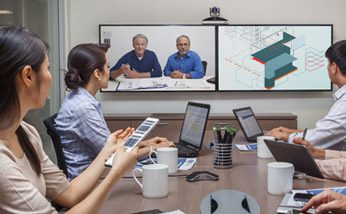 Polycom has announced an effort by the University of Texas Medical Branch to bring remote medical aid to researchers working in Antarctica near the South Pole.

UTMB is using Polycom’s RMX 2000 real-time media conference system, which is part of the company’s RealPresence Platform, to run a telemedicine network with 110,000 face-to-face patient consultations and interactions per year, Polycom reported.

The RMX 2000 allows off-site doctors and patients located at the South Pole to hold remote consultations over a secure video connection.

“Some consultations are not just between one provider and the patient, but require the ability to bring together multiple providers from a variety of locations into one call,” said Emerson.

Due to the harsh climate, medical teams have to wait several months to fly to Antarctica to aid researchers.

“It’s incredibly expensive to transport a person to or from the continent, and in the middle of winter, it’s physically impossible to get people off of the South Pole,” Dr. Scott Parazynski, director and chief medical officer of UTMB’s Center for Polar Medical Operations, said in a statement. “So if you can remotely diagnose and treat the patient, and then supervise his or her care, you’re much better off.”

The remote consultations aid the work of on-site medical professionals, which are called “doctors on ice.” Connecting to doctors that specialize in certain medical conditions is essential to ensuring the best health outcomes for patients in remote and harsh environments, Emerson suggested.

UTMB has directed cardiological ultrasounds and emergency appendectomies over the Polycom video system. Doctors can also use electronic stethoscopes to listen to heart and lung sounds, rely on handheld cameras to show lesions, and use ophthalmoscopes to provide a view of the eyes, said Emerson.

“Polycom’s standards-based video technologies allow medical devices including
cardiac ultrasounds to be easily plugged into them so the images can be
transferred through the video feed from any location,” he said.

A doctor in Galveston, Texas, could view a live stream of a patient’s cardiac ultrasound taking place at the South Pole, Emerson explained.

In August a cardiologist was able to remotely direct a cardiac ultrasound to save a patient’s life.

“We’re not set up to do general anesthesia and surgery, but this was a notable exception,” said Parazynski. “We were lucky to have a surgeon there and to be able to direct the anesthesia over the Polycom video system; it was pretty remarkable.”

As residents of the outposts cope with six months of darkness, remote psychologists are called on to provide help with seasonal affective disorder (SAD), or winter depression.

“We’ve got a fairly active peer-counseling network down there, but there are occasions when we use psychology colleagues to help with these issues,” said Parazynski.