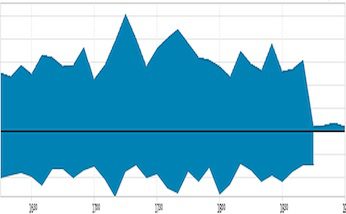 The war-torn nation of Syria has been almost completely switched off from the Internet, according to the Umbrella Security Labs team, which reported on a blog post that there was a “significant” drop in traffic from the country, and it later became apparent that Syria had “largely disappeared” from having a presence on the World Wide Web.

The shutdown is now in its second day of effect, and the state news agency is blaming faulty cable as the reason, according to a report in Al-Jazeera. The news agency quoted a communications official claiming efforts are ongoing to fix the faults and to bring Internet and telephone services back up as soon as possible.

“Effectively, the shutdown disconnects Syria from Internet communication with the rest of the world. It’s unclear whether Internet communication within Syria is still available,” Umbrella Labs chief technology officer Dan Hubbard wrote on the post. “Although we can’t yet comment on what caused this outage, past incidents were linked to both government-ordered shutdowns and damage to the infrastructure, which included fiber cuts and power outages.”

The post explained that the top level domain (TLD) servers in Syria were unreachable, and shutting down Internet access to and from Syria was achieved by withdrawing the border gateway protocol (BGP) routes from Syrian prefixes. The BGP is the protocol that is used to make core routing decisions on the Internet.

Most Internet service providers must use BGP to establish routing between one another. Therefore, even though most Internet users do not use it directly, BGP is one of the most important protocols of the Internet. Umbrella Security Labs, which is the threat research division of OpenDNS, also reported on an Internet blackout in Syria November of 2012, where the organization shared details of the top 10 most failed domains during the outage.

Google’s social networking site, Google+, also reported that mobile phones and landlines may not be working properly either, however, those who still have a phone connection can still use Speak2Tweet, a communications service which allows users to leave a tweet on Twitter by calling a designated international phone number and leaving a voice message, by leaving a voicemail on a pair of international phone numbers it provided. Google and Twitter first teamed up to create the speak-to-tweet service for citizens in Egypt, when the Internet went dark in 2011.

It is unclear how long the shutdown will last, however, this is not the first time a country in the region has wiped out virtually all Web access. In early 2011, the government in Egypt decided to pull the plug on the nation’s Web connection. Ultimately, Internet traffic still got in and out of Egypt, albeit more slowly than in the past. While traditional routers weren’t doing anyone much good during the shutdown, the Internet has become so critical to society everywhere, including Egypt, that users will go to extreme lengths to retain any level of access to it.

For instance, Egyptians resorted to an earlier means of Internet access and used analog modems to dial into modem pools set up by a number of U.S. and European internet service providers (ISPs) that gave Egyptians free access during this emergency. Until the final Egyptian ISP was forced offline, many businesses had removed passwords from their WiFi access points and were allowing members of the public to use their Internet access.