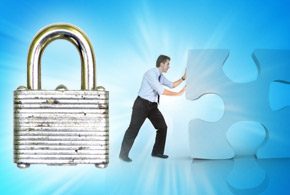 Google’s Gmail team has improved how the email service handles spam and non-spam messages. The goal is to boost the company’s ability to detect spam while letting legitimate email go through.

One way is by augmenting the machine-learning technology that the company has been using since the beginning to filter out spam, Sri Harsha Somanchi, product manager, wrote July 9 in the company’s official Gmail blog.

Gmail’s spam filter applies the company’s artificial neural network tools to look for and detect patterns in email that suggest it is spam.

Google has been using the technology for several years in other areas such as speech recognition, computer vision and in its self-driving cars. The idea behind the technology is to train systems to recognize specific things and make predictions by having them crunch through massive volumes of sample data.

The company is applying the same intelligence that it uses for Google Search and Google Now to try and make the spam filter smarter, Somanchi said. The goal is to try and reduce further the already very small proportion of spam emails that do manage to get through the company’s email filters currently, he said.

According to Somanchi, barely about 0.1 percent of email in the average Gmail inbox is spam, while the amount of wanted email that ends up being mistakenly caught up in the company’s spam filter is an even smaller 0.05 percent.

“Even still, Gmail spam detection isn’t perfect,” which is why the company has begun applying technologies from other areas to deal with the problem, Somanchi said.

In addition to looking for and blocking spam, Gmail’s augmented machine learning capabilities will help the spam filter make decisions based on user preference. “While your neighbor may love weekly email newsletters, you may loathe them. With advances in machine learning, the spam filter can now reflect these individual preferences,” Somanchi said.

As a result of the new machine learning signals that Google has begun using, the spam filter has also become better at detecting phishing emails and email impersonation. Gmail can now figure out whether a message came from a particular sender and keep bogus mail from hitting a user’s inbox.

In addition to updating its spam filter Google has also released a new set of tools called Postmaster Tools to help legitimate high-volume email senders avoid having their emails blocked as spam. Postmaster Tools is designed to give qualified high-volume email senders a way to analyze their email, look for data on delivery errors, determine if their mails are being blocked as spam and determine if there are any other issues that could stop them from being delivered.

The goal with Postmaster Tools is to give high-volume email senders a way to diagnose any hiccups and provide them with a set of best practices to help them route Gmail messages to the right place, Somanchi said.

For users, this means less “dumpster-diving” through their spam folder looking for the occasional legitimate email that ends up there. “Ultimately, we aspire to a spam-free Gmail experience.”

Spam continues to be a major problem for Internet users, especially in certain regions. Statistics on spam volumes from security vendor ProofPoint show the biggest purveyors of spam are typically based in Europe, the United States and China and that most of the targets of such emails are also based in these regions.