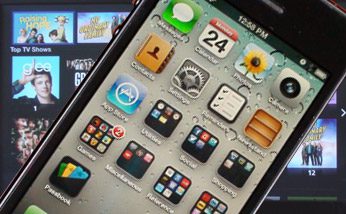 As businesses turn towards mobile devices and bring-your-own-device (BYOD) initiatives to boost worker productivity, hybrid applications, which offer a balance between HTML5-based Web apps and native apps, will be used in more than 50 percent of mobile apps by 2016, according to a report from IT research firm Gartner.

According to the report, so far the promise of HTML5—a widely used language for structuring and presenting content on the Internet–and its offline capabilities and animation-rich tools have fallen short of expectations, which in turn has caused developers to consider hybrid architectures to better leverage mobile device capabilities.

“The BYOD trend and the increased pressure on organizations to deploy mobile applications to accommodate mobile work styles of employees will lead businesses to manage a portfolio of mobile application architectures, and hybrid architectures will be especially well-suited to business-to-employee applications,” Van Baker, research vice president at Gartner, said in a statement. “The implications for IT is that the era of PC dominance with Windows as the single platform will be replaced with a post-PC era where Windows is one of a variety of environments that IT will need to support.”

Gartner forecasts that by the end of 2013, mobile phones will overtake PCs as the most common Web access device worldwide, and by 2016, PC shipments will be less than 50 percent of combined PC and tablet shipments. That forecast generally corresponds with another Gartner report earlier this month, which projected the traditional PC market of notebooks and desk-based units would fall 7.6 percent in 2013. Meanwhile, of the 1.875 billion mobile phones to be sold in 2013, 1 billion units will be smartphones, compared with 675 million units in 2012.

In addition to the growth of mobile devices, the report predicted a wide variety of devices that provide alternate methods of access will proliferate, including set-top boxes, Internet TVs, appliances and wearable personal devices such as a smartwatch or Google’s upcoming Glass accessory. All these new connected devices will demand support from businesses, and therefore a multi-device strategy is necessary and will need to be integrated into existing applications and architectures, the report said.

The report also noted that while native application development offers the best user experience and performance for mobile applications, the trade-off is often a fragmented set of development tools and multiple versions of an application to serve the same user need – because different versions must be made for each type of device or operating system, for example, separate apps for Google Android devices, Apple’s iOS operating system or BlackBerry phones.

“We recommend organizations are open to augmentations to the Web (such as hybrid application development) to deploy on mobile today, with the goal that more should be done without those augmentations after 2015,” David Mitchell Smith, vice president and Gartner Fellow, said in a statement. “Organizations also need to continue to develop Web technology skills, find the right uses for promising new technologies and approaches like HTML5, and deal with the uncertainty and speed of the consumer-driven mobile landscape. All the while it’s important to maintain IT governance while increasing productivity and usability.”