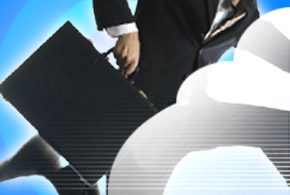 Mobile technologies, such as laptops, smartphones and now tablets, are helping to increase productivity among workers, but small-business owners are frustrated about the lack of relevant applications that can help them effectively run their companies, according to a new report.

The report, conducted by Harris Interactive and Bank of the West, found nine out of 10 (88 percent) of small-business owners surveyed use mobile technology, including the applications and programs that run on mobile phones, smartphones and tablets.

Communications applications, such as calls, texting, instant messaging and email, were the main uses of mobile technology among small-business owners, cited by just over three-quarters (76 percent) of respondents, followed by calendars and scheduling (48 percent) and GPS and navigation (42 percent). The survey indicated small-businesses owners find the greatest potential for using mobile technology in marketing, in which mentions increased 94 percent; making and receiving payments, which increased by 82 percent; and customer relationship database, with an increase of 63 percent.

However, the No. 1 barrier to taking advantage of mobile technology was a lack of business uses, cited by 33 percent of respondents, followed by cost, at 25 percent.

Security was also a barrier to mobile technology adoption; more than half (56 percent) the respondents saying concerns about information security have at least somewhat prevented them from implementing it more fully, despite the fact that most small-business owners surveyed (93 percent) said they have never experienced information or data theft as a result of using mobile technology.

When asked specifically about the time-consuming tasks that mobile technology could better address, small-business owners wished for solutions that could help them with accepting payments from customers (33 percent), monitoring financial accounts (24 percent), expense reports (19 percent) and making payments to suppliers (12 percent). Other financial tasks cited included invoicing and payroll.

While a third of small-business owners have made no investment in mobile technology, well over half who had made an investment saw a positive return. For most of those small-business owners, the return was primarily on target or exceeded their expectations. The typical investment is 5 percent of annual operating expenses, and is projected to grow by an additional 5 percent over the next two years, according to survey results, which were released Oct. 3.

“We learned, and the Harris study supports, that while small-business owners are not early adopters of mobile technology—they tend to wait until someone like them has bought it and endorses it—they do see its growing importance in the success of their business,” wrote Michelle Di Gangi, a vice president with Bank of the West who works with small and midsized businesses. “Creating relevant uses that help small businesses systemize customer relationship management, marketing and financial accounting will be critical to the growth of mobile technology in this market.”