When setting up or upgrading a home office in which you’re working for either yourself or for a company, there are a lot of tools you’ll need to consider. You could simply start out with a PC, smartphone, free Zoom account, an internet connection, and lots of coffee, but you’re going to need a lot more than those essentials if you’re going to be professional about all this.

Here are some additional ideas for your office, based on eWEEK reporting.

eWEEK, which was known as PC Week for the first 16 years of its existence (1984-2000), built an excellent reputation then–and which has continued to the present day–regarding its evaluations of personal computers of all kinds. eWEEK Labs, which once had a full-time staff of 20 to 25 product testers, was known as one of the finest and most complete third-party IT research houses in the world for a long, long time.

To help home office users decide on which PC investment to make, eWEEK is loaded with information on numerous manufacturers’ products.

Dell: eWEEK has a long and deep collection of news and review articles on Dell laptop and desktop PCs. Go here to see the compilation.

Lenovo: eWEEK has an impressive collection of news and review articles on Lenovo desktop and laptop PCs. Go here to review the compilation.

Samsung: Here is a list of reviews of Samsung laptops. 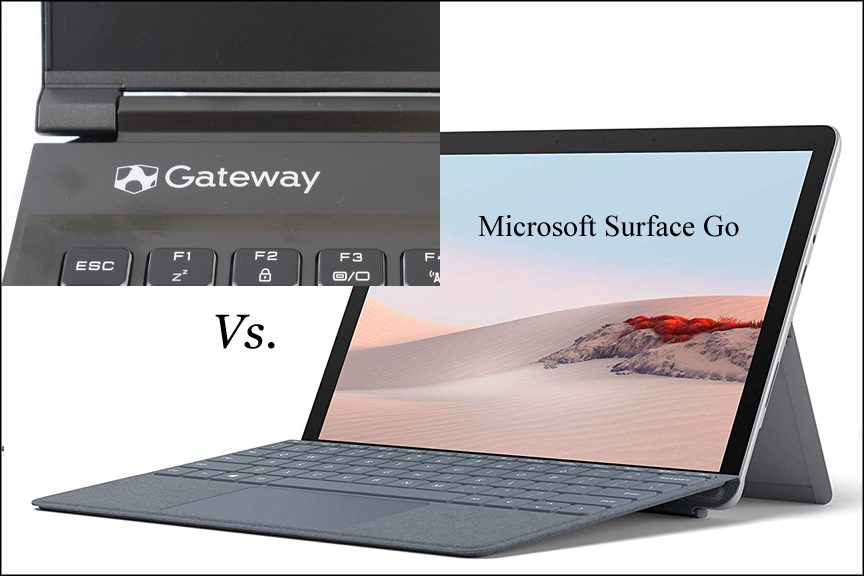 Apple: Here’s a listing of articles and reviews on the MacBook series.

Asus: You can find a listing of reviews and feature articles on Asus laptops here.

Finally, here’s a general listing of laptop and desktop reviews of all makes and models on eWEEK.

Zoom: Few IT companies have benefited from the COVID-19 pandemic as much as San Jose, Calif.-based Zoom, thanks to its reliability and easy-to-use, intuitive interface. Where the company had a decent but not spectacular total of about 13 million regular users (and mostly inside enterprises) in January 2020, four quarters later it was closing in on 500 million users. This includes schools, small businesses, nonprofits and individuals–far eclipsing its previous enterprise-only clients. It’s now bringing in $2.6 billion per year in revenue; its stock shot up 369 percent from Q1 2020 to Q1 2021.

Cisco Webex: Here’s a good, deep article explaining Cisco’s strategy with Webex, which it acquired as the key to its collaboration strategy. Webex as a startup has a history of being the first successful teleconference collaboration provider prior to its acquisition in 2016.

Microsoft Skype: The company has been putting much more promotion and attention into Teams, to the ire of the Skype team and their customers. Plenty of loyal Skype Classic users made noise in 2018 when Microsoft threatened to stop support of Skype Classic, so the company relented and kept the team employed. It was a good move by the huge corporation to listen to its customers. More information can be found here.

Google Meet: The cloud-based video collaboration service formerly known as Google Hangouts has had tough going lately with Zoom already establishing itself as the solid No. 1 in the market. However, it’s a serviceable app, it comes with Google Drive, and it’s free.

BlueJeans Network: San Jose, Calif.-based BlueJeans Network has earned an excellent reputation for high-quality services for meetings, events, rooms, gateways and even telehealth. In fact, the company has made telehealth a trademark of its service. Go here for the latest information on Bluejean Network’s offerings.

LogMeIn: The company just announced live streaming for its GoToWebinar service. Now you can live stream webinars on popular third-party social platforms such as Facebook Live, YouTube Live and (coming soon) LinkedIn Live, as well as virtual event platforms that include CVent, Intrado, Socio and others directly through GoToWebinar.  Go here for the details.

Others in this category: Adobe, Bluescape, GoToMeeting, OnBoard, Asana, Robin, BoardDocs. 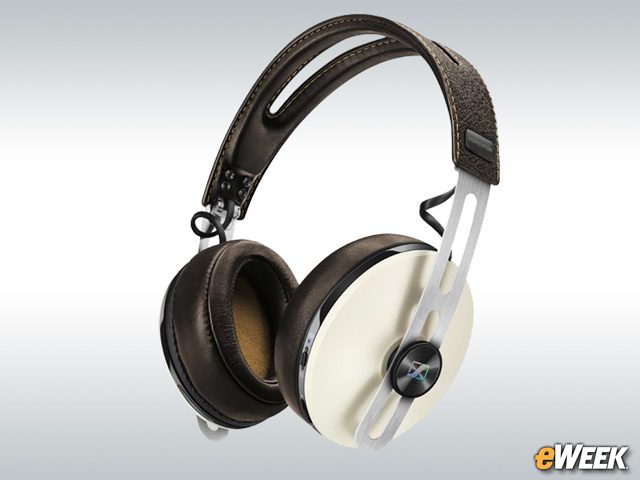 Sennheiser has earned a reputation over four decades as being a high-quality but slightly more expensive maker of headphones and microphones. The co-development of this new line of audio peripherals is substantial news in the industry.

To show how specialized we’re all getting in this day and age, the new EPOS IMPACT headsets have all been certified for use with Microsoft Teams. Other headset companies, including Poly and Jabra, also have had their products sanctioned by Microsoft for its Teams app, the international promotion of which hasn’t been seen by the Seattle-based IT giant since it launched Windows 95.

These EPOS IMPACT headsets, previously certified for Skype for Business, simply require a firmware upgrade to be certified for Teams. They’re already ergonomically designed for all-day use; with the increasing number of Zoom, Skype and Webex calls employees are doing on a daily basis because they’re working from home, comfort eventually becomes an important factor in peripherals like these. Go here for more information.

Jabra: The Jabra Evolve2 30 has been described by The New York Times Wirecutter columnist, Melanie Piola, as “the best USB headset for people who take a lot of calls at their computer. It combines excellent mic quality with wear-all-day comfort, and the headphones sound great with both music and voice.” Try one for yourself; go here for more information.

Poly: This company’s (Polycom + Plantronics, merged in 2018) wired and wireless headsets are well worth the investment (they run from about $100 to about $420) because they work well and for a long time. They can take a beating and keep on working as if nothing bothers them. Poly has focused on security as its market advantage; its Savi 7300 Office Series keeps conversations private. The ultra-secure DECT wireless headset, which has 128-bit authentication and military-grade features–such as 256-bit AES encryption–is a natural choice for financial, medical, government and contact centers or anywhere sensitive conversations happen. Go here for more product detail.

Before the pandemic hit last March, video bars for meeting spaces and huddle rooms (smaller rooms for 4 to 6 people) were escalating into a major enterprise collaboration trend. These automated bars, using multiple cameras and microphones, act as virtual video session “directors”; they are able to take in a room as a whole in one shot, then, using voice tracking, listen to who’s speaking in order to focus on them until it’s someone else’s turn to speak. Obviously, these will again become in demand as people start returning to their offices after a 14-month break in routine. They also can come in handy or smaller, home-based offices, although that’s not where the trend is going at this time.

Here are two of the leading providers: Poly: Poly, based in Santa Cruz, Calif., is the simplified namesake of the 2018 merger of Polycom and Plantronics, two highly respected makers of next-gen peripherals that include headsets, microphones, video cameras, virtual PBXs and automated video directors. The company was undeterred by the pandemic that hit U.S. businesses in March 2020, adapting its frontline videoconferencing product lineup to be used in smaller, home-type offices. The Studio P series of videoconferencing units, launched in early 2021, became a first-class example of how enterprise-level video streaming and presentation equipment could work inside a home office.

Poly also has a partnership with Zoom that enables users to use that collaboration app as a primary or alternative channel for meetings of any kind.

PanaCast 50 takes on the role of the “director” of a meeting; it intelligently adjusts the video stream to follow the action in the meeting. This allows Jabra PanaCast 50 to detect active speakers and the flow of conversation, delivering a remote meeting experience that’s fully immersive and responsive.

Three 13-megapixel cameras mounted in a high-precision multi-camera array create an immersive 180° field of view in Panoramic-4K that covers a whole room.

The PanaCast 50 can deliver two video streams simultaneously. This allows the device to perform multiple functions at once, so while one video stream is busy focusing on the meeting participants, the second can be used to focus on a particular area of interest within the room.

PanaCast 50 also delivers an independent data stream that provides anonymous people count meta-data as real-time numerical information. Because of its 180° field-of-view, PanaCast 50 can achieve 100% coverage of the meeting room and provides an opportunity to count everybody in the room.

Others in this category: Samsung, Sony, Panasonic. 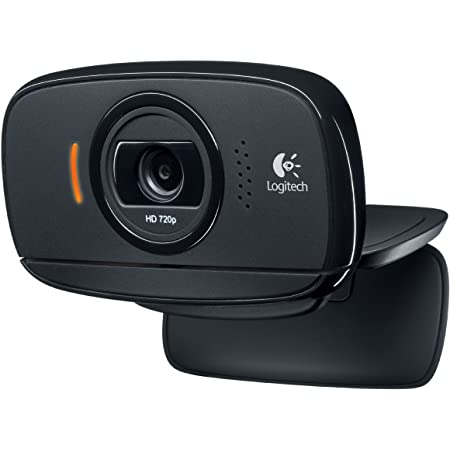 Key players in this market: Companies with a percentage of their employees who are working remotely–and that’s a high number in this pandemic time window–should be aware of the following 12 service providers and their security packages.

For more information from the extensive eWEEK security library on this topic, go here.