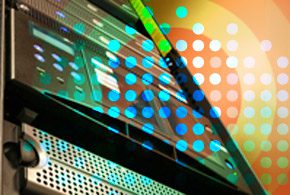 Storage specialist Fusion-io announced its latest product line, Fusion ioScale, which was previously exclusive to Fusion-io customers outfitting thousands of servers, but is now available for hyperscale and cloud companies in minimum order quantities of 100 units.

Each ioScale provides up to 3.2 terabytes of Fusion ioMemory capacity that is performance-tuned for the needs of webscale environments, with prices starting at $3.89 per gigabyte, with the company offering discounts based on volume.

Key features of Fusion ioScale include up to 3.2TB of capacity on a single half length PCIe slot, with a single controller, enabling a small form-factor server to reliably scale to 12.8TB or more, reducing the need for disk drive bays. It is compatible with the Fusion ioMemory software development kit (SDK) to leverage application programming interfaces (APIs) such as Atomic Writes and directFS, permitting applications to run natively on flash.

“By making ioScale available to growing webscale and emerging cloud companies, Fusion-io is at the forefront of the transition to the all-flash hyperscale data center, powered by open software defined solutions,” Fusion-io CEO and chairman David Flynn said in a statement. “Hyperscale companies are an entirely different market with different needs compared to enterprise organizations. Fusion ioScale has been specifically designed with the input of existing hyperscale market leaders to maximize the simplicity of the all-flash data center and meet the unique needs of webscale customers. Fusion-io is pleased to now be able to offer this technology to emerging market leaders to help them redefine what’s possible when it comes to cost-effectively delivering rich data services to millions of people around the world.”

“Hyperscale companies architect their infrastructure with bare-bones servers and open-source software that scales out cost-effectively in the hundreds and thousands,” Wikibon chief technology officer David Floyer said in a statement. “The data requirements of these hyperscale companies are growing astronomically fast, much faster than the enterprise market. The design of the ioScale flash memory products will enable Fusion-io to reach a broader range of webscale and cloud companies, including the emerging hyperscale leaders who will power the services consumers will enjoy in an always-connected world.”